Volkswagen will be investing a whopping $2.2 billion into the development of the eighth-generation Golf.

When most people think of golf, usually the sport that has made Tiger Woods famous springs to mind, but for (world) car fans, it’s the Volkswagen Golf that immediately pops up. That’s how important the compact model is, not just for being a veritable cash cow for the VW Group, but also for becoming one of the most popular nameplates in the industry. 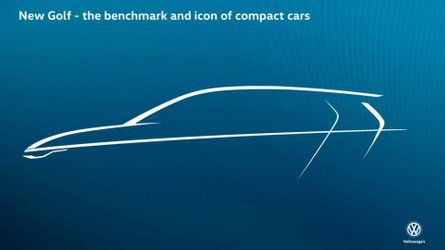 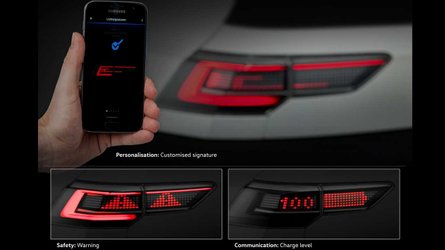 It has been around since 1974 and since then it has spawned a total of seven generations, thus making it one of the oldest models in the business. More than 35 million cars later, the Golf is now gearing up to embrace its eighth installment, which will officially hit the assembly line in 75 weeks from today. In other words, the Golf 8 will enter production towards the end of June 2019.

The big announcement was made by VW during the recent “Golf 8 Supplier Summit” organized at the Volkswagen Arena at home in Wolfsburg, Germany. No less 180 top managers of the most important VW suppliers from the components industry came together at the meeting to establish a plan for the next iteration of the compact model, which is being sold in a whopping 108 countries. The automaker wishes to point out that 80 percent of all suppliers for the next Golf are already under contract, so work is well underway.

To make it all happen, the VW Group is investing a total of €1.8 billion, which works out to about $2.2 billion at current exchange rates. The Wolfsburg factory - which is Europe's biggest car plant - will remain the most important one for the Golf output and it’s the place where more than 2,000 cars from the expansive Golf family are produced on a daily basis.

A design sketch was shown at the Golf 8 Supplier Summit, but there’s not much to see as it’s only a somewhat generic outline of a tiny three-door version. It’s too early to say how it’s going to look like, but knowing VW and its appetite for evolutionary designs, we have a feeling the new Golf will bring a subtle revision to the winning recipe. If it ain’t broke, don’t fix it, right?

Together with its suppliers, the Volkswagen brand is making intensive preparations for the next Golf generation1.
At the "Golf 8 Supplier Summit" held at the Volkswagen Arena, the Board Member for Procurement Ralf Brandstätter and Karlheinz Hell, Head of the Compact series group, underscored the importance of the new generation for the brand and for the Wolfsburg plant. At the same time, they also indicated to the "Golf Community" the opportunities and responsibilities resulting from sustained partnership.

The Wolfsburg plant currently produces more than 2,000 Golf family vehicles per day and is to remain the capital of the popular compact class in the future. In 75 weeks, the eighth generation of the bestseller in the compact segment is to roll off the production lines at Volkswagen's main plant in Wolfsburg, Europe's largest car factory. The Golf is sold in 108 countries and has convinced more than 35 million customers since 1974, the total investment of the brand in the next generation of the Golf will be about €1.8 billion.

Brandstätter explained to 180 top managers of the brand's 120 key suppliers: "Together with the I.D family, the introduction of the upcoming Golf generation will be the most strategically important product launch for the brand." Following supplier selection, the next phase of joint work with suppliers will now start with a view to ensuring a trouble-free start of production for the new Golf. "We have reached the decisive second stage of the project," Brandstätter said.

Volkswagen integrates its partners in the component supply industry intensively in the product creation process at an early stage within the framework of value sourcing. Suppliers contribute their ideas and technical solutions to vehicle projects in concept competitions.

Brandstätter explained the positive effects of the fact that 80 percent of all Golf 8 suppliers were already under contract for the current Golf: "This is a sign of considerable mutual loyalty, creates a broad basis of trust and provides greater security for planning."

The key role in the development of the next Golf is played by Karlheinz Hell, Head of the Compact series group, Volkswagen's largest series group, which reached a total global volume of 3.4 million vehicles in 2017. In the development of the next Golf, Hell will be responsible for ensuring that all departments cooperate in the optimum way and that the Golf makes its contribution to financial performance.

Like its predecessors, this model will meet customers' requirements with respect to design, economics, CO2 values, comfort and reliability. According to Hell, "The next Golf will take Volkswagen into the era of fully connected vehicles with extended autonomous driving functions. It will have more software on board than ever before. It will always be online and its digital cockpit and assistance systems will be the benchmark in terms of connectivity and safety."