Lexus Open To The Idea Of LFA Successor 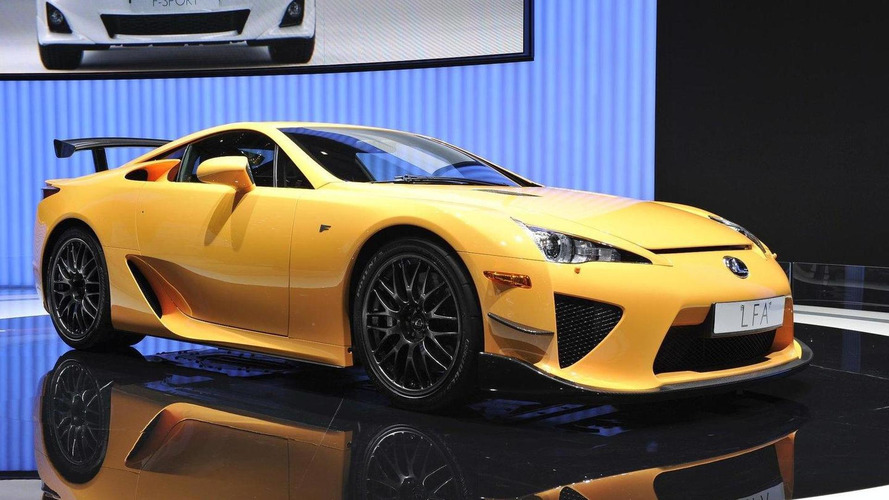 "So you're telling me there's a chance?"

Between December 2010 and December 2012, Lexus assembled a total of 500 LFAs and 10 percent of the production was reserved for the hardcore version equipped with the Nürburgring Package. Despite being hugely desirable, there were still a dozen of brand new LFAs waiting in stock at dealerships in the United States in August last year, so it’s safe to say the model wasn’t exactly a huge commercial success. Since the supercar’s demise, many rumors emerged about a possible follow-up to the V10 machine, even though Lexus kept saying no.

Fast forward to present day, Lexus Group Vice President and General Manager Jeff Bracken revealed this week during the 2018 Detroit Auto Show the company is in need of a new halo car. Not only that, but dealers have been asking for an LFA successor and the company is not ignoring the “high number of requests” for an LFA part deux. As such, a second generation or something similar in philosophy "is not a closed door."

That being said, there are bigger fish to fry right now: SUVs. Head over to the Motor City to see Lexus’ latest gem, the futuristic LF-1 Limitless concept, which signals a new luxobarge scheduled to arrive in the years to come. It’s not known at this point whether it will take the shape of the next-generation LX or it’s going to be an entirely different model. In fact, Lexus hasn’t even said the concept will spawn a production version as all we have for the time being is that the showcar has the “potential to shape the future of a flagship luxury crossover.”

Should the LFA’s successor receive the proverbial green light, don’t expect to see it before the end of the decade. Meanwhile, parent company Toyota is also toying around with the idea of a supercar after revealing earlier this month the spectacular GR Super Sport. It's a WEC-derived concept with nearly 1,000 horsepower on tap and hardware adapted from the TS050 Hybrid race car.