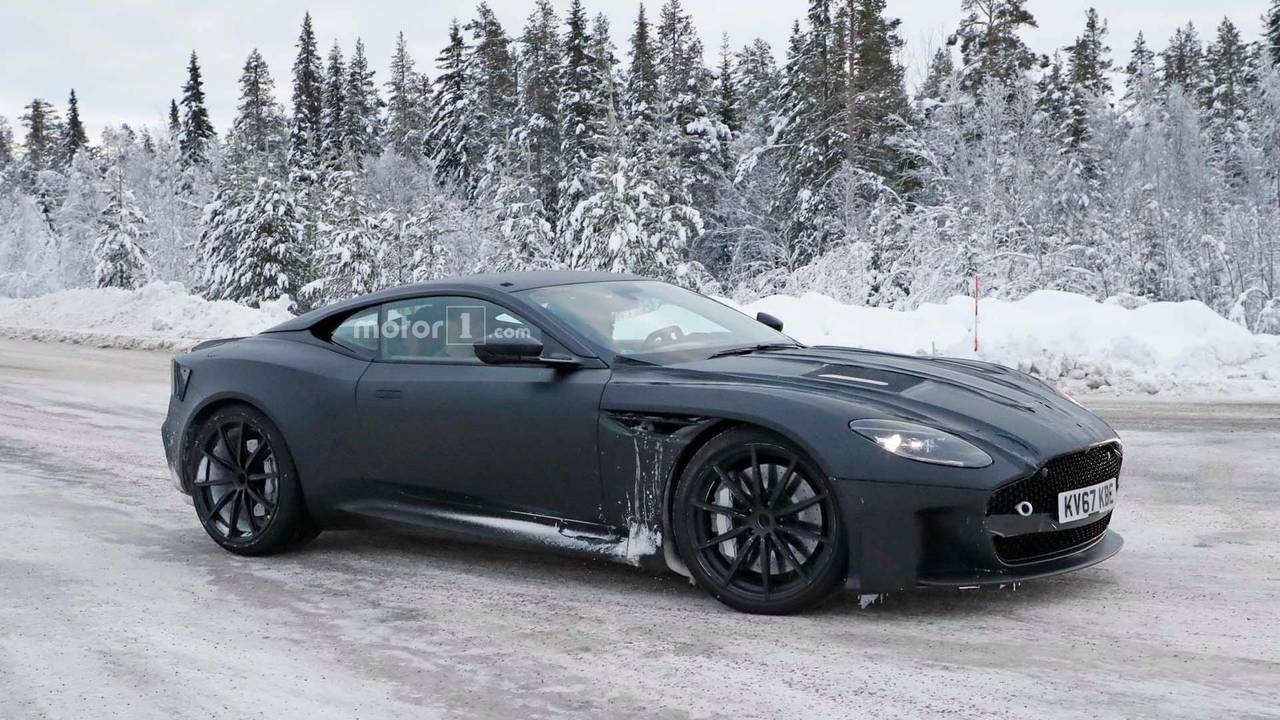 It's not the ideal environment for a Vanquish, but pre-production testing never stops.

Most people wouldn’t dream of taking an Aston Martin Vanquish out in the snow. Then again, most people don’t have a car company with new models that require testing in all conditions. Still, we imagine this prototype of the next Vanquish is quite a handful in the white stuff, even with the set of Pirelli snow tires its riding one. It also must be devilishly fun.

We’ve seen the 2019 Vanquish off-and-on through the last several months, but the matte-black finish with strategically placed black coverings haven’t changed. We can still spot differences with the DB11, especially in the front bumper with its considerably more aggressive design. The hood vents are larger too, and we suspect there’s more happening on the hood itself beneath the considerable amount of tape and coverings, all of which are a matching shade of black.

Similar coverings are found at the rear, hiding what’s almost certainly a thin tail light running the length of the decklid, just like the new Vantage. And there’s certainly no way to miss the diffuser down low with quad exhaust tips belting out a tune of horsepower.

Speaking of which, we know the new Vanquish will look amazing but what’s under the hood? A V12 is pretty much guaranteed, but with the DB11 already making 608 hp, there’s every reason to believe this Vanquish could get close to 700 when all is said and done.

Current thought is that the Vanquish will go on sale for the 2019 model year. It’s possible Aston Martin could reveal the new grand tourer at the Geneva Motor Show in March, or failing that, there’s always the Frankfurt show in September. Or, the company could follow the trend of bucking the big shows and hold its own reveal in grand fashion. Either way, we expect to see the car sometime this year.