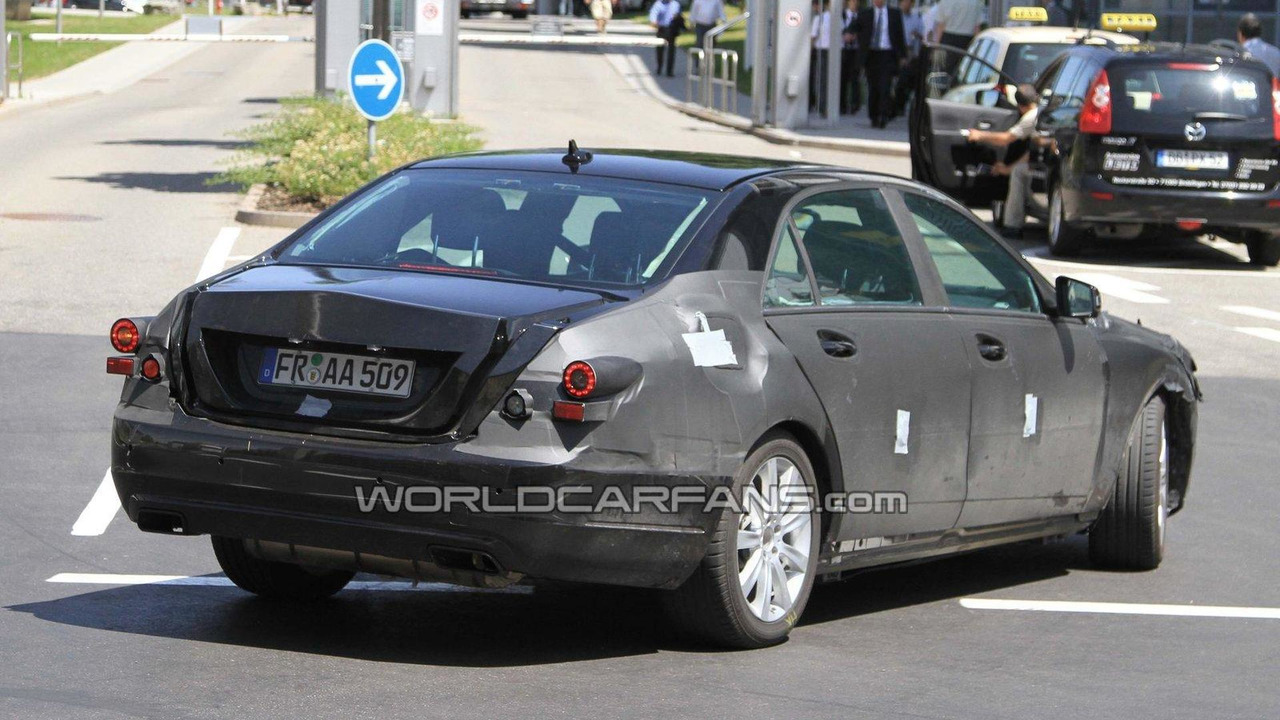 Next S-Class may be bigger and will come with new technologies. Styling cues may be borrowed from the current E-Class Mercedes.

Here are the latest spy shots of the upcoming next-generation 2012 Mercedes-Benz S-Class.

Last time, it was a mule we caught testing, yet still, there is not much to be learned from these pics since this prototype still seems to be hiding underneath, at least in part, a current S-Class body. Some body panels, though, look to be taken from the current E-Class, from which it may be borrowing some styling cues, although, in the larger dimensions of the S-Class. Camouflage is tasked with covering up the rest.

From the previous set of spy pics we've also seen an S-Class that appears to be wider and longer than the current generation. So the model may grow in size.

Look for new technologies to be introduced in the next iteration of the S-Class too. Those include the 'MoVe' modular V6 and V8 engines that Mercedes-Benz is developing. Details on their features are scarce but the engines come with direct-injection and turbocharging and will deliver improved fuel economy and lower C02 emissions.

A plug-in hybrid variant of the S-Class is also in the works - based on the Vision S 500 concept. It will come with a 3.0 liter V6 petrol/gasoline engine with direct-injection coupled to a 44 kW (60 PS) electric motor. A drivetrain combo that Mercedes says will offer impressive numbers such as a 0 to 100 km/h (62 mph) sprint time in under six seconds and a mileage rating of around 3 liters/100 km (78 mpg).