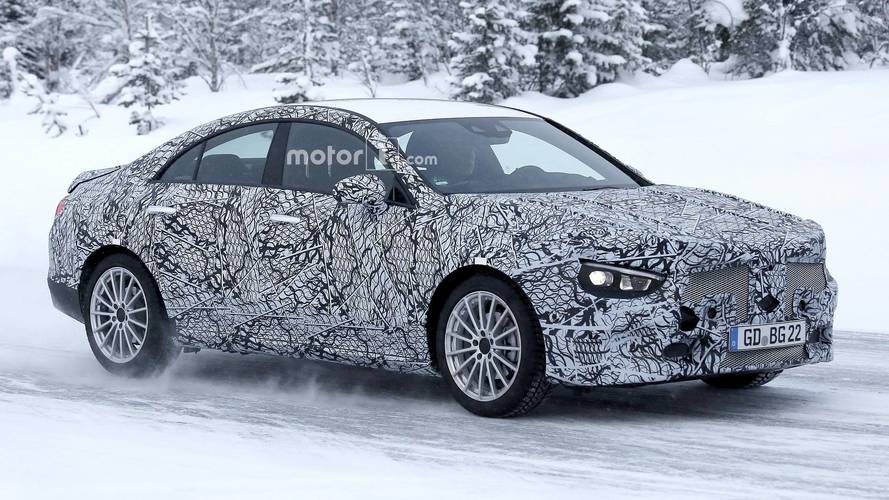 Rumor has it the next CLA will take after the AMG GT concept in terms of design.

The current CLA is the most affordable way right now to get behind the wheel of a shiny new Mercedes sedan. That will change later this year when the U.S.-bound A-Class Sedan will make its official debut. By slotting a new sedan at the bottom of the food chain, it will allow the company with the three-pointed star to move the stylish CLA more upmarket.

Part of the CLA’s promotion will include a switch to a fastback style in the same vein as the AMG GT concept, which is about to spawn a production model in the months to come.  Sources familiar with Mercedes’ agenda have told Automotive News about the plan to make some important changes to the CLA, which is slated to arrive in the United States by the end of 2019, so it should go on sale as a 2020MY.

The adjacent spy shots are depicting a prototype carrying what looks like the production body, but with a twist. It appears there’s an extra layer of camouflage on the hood to better conceal the design and it continues on the front fascia, just above the grille. It’s the same story at the back where the test vehicle seems to be carrying an add-on piece, unless that’s a really big spoiler.

Mercedes may be calling it a four-door coupe, but the CLA is effectively a sedan at the end of the day. Yes, the roofline is lower than what the A-Class Sedan will have (pictured above on the right), but that’s not enough to make it a coupe. Once the camouflage will drop, the new CLA will probably look more or less like a downsized CLS, which isn’t a bad thing.

The interior cabin is not much of a mystery considering Mercedes has already revealed the dashboard design of the five-door A-Class hatchback. Logic tells us that will be used across all compact models, including the boxy GLB coming likely before the end of the decade. These cars are going to share the company’s swanky new MBUX infotainment system featuring a dual 12.3-inch digital screen layout in the high-end versions.

As far as the underpinnings are concerned, the next CLA along with the other compact cars will all ride on an evolution of the MFA platform. In the case of the hatchback, that will translate into better packaging enabling a substantially more spacious interior, so expect a similar upgrade for the other models.

An array of turbocharged four-cylinder engines are going to power the CLA, with the range-topping “45” model to get a 2.0-liter unit with more than 400 horsepower. There are also talks of a hybridized A45 codenamed "Predator" with even more oomph, so we won’t be too surprised if the CLA will be offered in this stronger specification as well.

With the A-Class hatchback and sedan debuting this year, chances are we will have to wait until 2019 to see the new CLA.