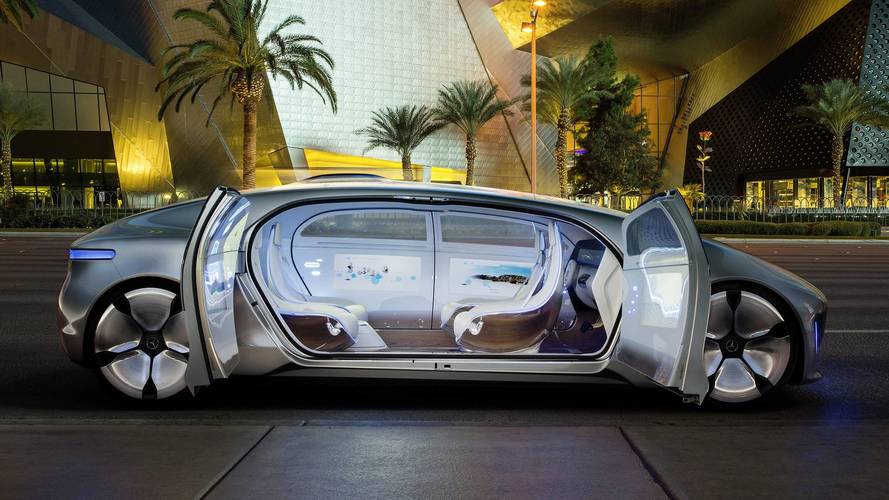 “We definitely will go for Level 3,” says Dr. Zetsche.

As General Motors shows off an autonomous car that doesn’t have a steering wheel or pedals, Head of Mercedes-Benz Cars Dr. Dieter Zetsche expresses a little more caution. His company’s cars, he says, will not be so-called Level 4 models without human controls, but ones that still allow for driver intervention.

“We definitely will go for Level 3,” he says. “A car which has a steering wheel which is driven by a human being, but has all this capability and the safety net around, for a long time from a safety perspective, it’s the best of both worlds.”

According to the Society of Automotive Engineers, Level 3 autonomous vehicles have, “the expectation that the human driver will respond appropriately to a request to intervene,” whereas Level 4 models – like GM’s Cruise AV – can handle, “all aspects of the dynamic driving task, even if a human driver does not respond.”

Zetsche says there are currently two schools of thought in developing self-driving technology. Mercedes is supplementing traditional cars with ever more driver-assistance features, whereas other companies are looking directly to Jetsons-like pods that operate with no human input – cars he describes as “robotaxis.”

“At the end of the development, they will merge into one thing,” he says of the competing development types. But until then, “a combination of both will be the solution for sure.”

For now, Zetsche says Mercedes is most interested in a car with lots of driver-assistance tech but with a human operator still in control. Yes, that means the driver must still pay attention, but it still relaxes him or her a little more during long drives.

“Take your Distronic [adaptive cruise control]. At times you use it, at times you don’t,” he says. “Still, I have the responsibility, and there are times when the Distronic doesn’t work.”

When it comes to full-autonomous, robotaxi-style, Zetsche says he knows that Mercedes is not necessarily the leader.

“Google has a lead in the technology,” he says, but, “I haven’t seen them in customer applications yet, because of a lack of a business model.”