Snakes On A Pane: Aussie Ute Driver Gets Surprise Passenger 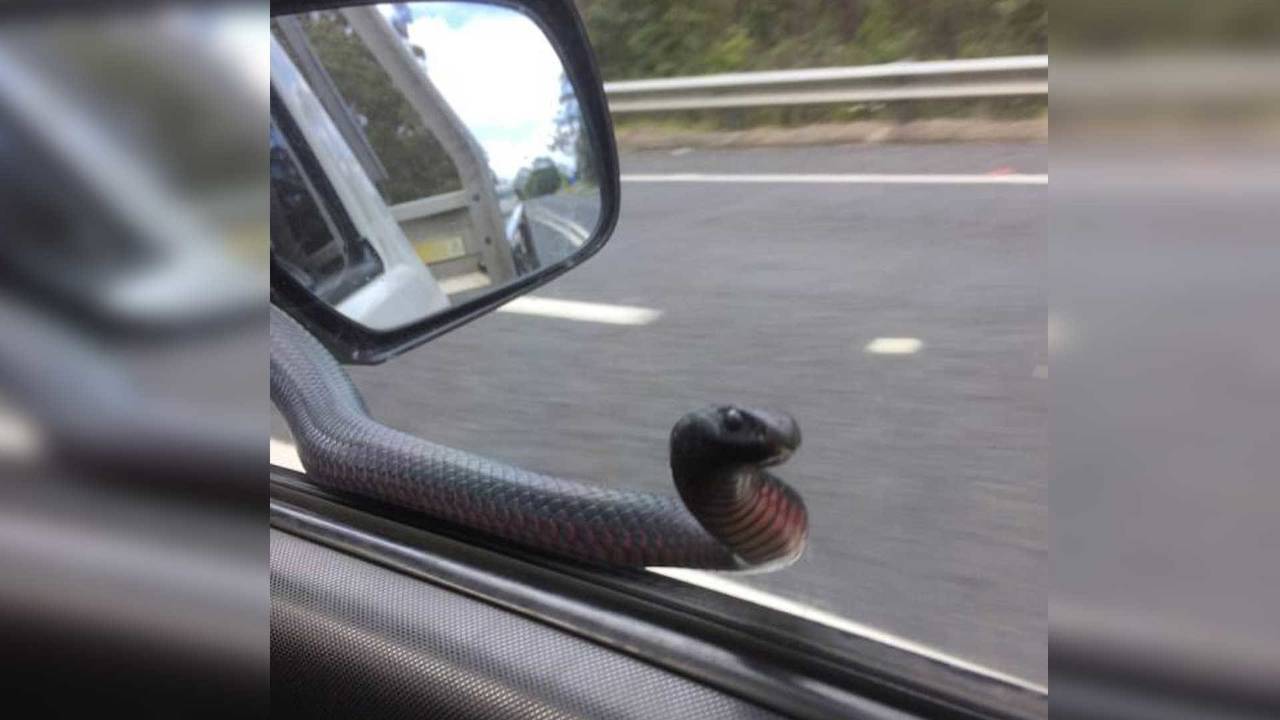 It's staring directly into your soul.

What is it with venomous snakes and cars lately? It was just a couple weeks ago that we heard about a motorist in Australia alerted to a red-bellied black snake that had taken residence in his car. While certainly qualifying as a mildly terrifying experience, at least that episode occurred with the car completely still and the driver able to run far, far away. This latest story involves another red-bellied black snake taking residence in another Australian car, only this time the vehicle was most decidedly moving, and the snake really wanted inside.

According to the Facebook post from Nolans Auto Parts & Industrial Supplies, the driver (appropriately referred to as “poor Ted”) encountered the snake and apparently didn’t respond in a blind panic as we suspect most people in that situation would. In fact, the post commends Ted and someone named Kai “for removing it safely off the car.” Obviously Ted was stable enough to grab a few photos of the snake while trucking down the road, showing it wrapped around the mirror before stretching down the window pane in an attempt to get inside. That’s pretty much the point where we’d beg for a gigantic cliff to drive off of.

A report on the scary situation from the New York Post says Ted was returning from a job on the South Coast of New South Wales when snake showed itself. Poor Ted theorized that the snake had nestled itself into the engine bay the prior night when temperatures cooled off. With the truck safely off the road, the snake was expertly wrangled and released into the bushwith the help of the aforementioned Kai and a broom that was in the back of Ted’s truck.

Apparently, this sort of thing happens quite often in Australia, which is really too bad because it looks like such a great country to visit. Between this clip and the previous snake story, however, we could never, ever go there.