The 44-ton paperweight was located just outside of the Cobo Center.

The new G-Class may be impressive, what with its new design and added capability, but even before you walk into the doors of the Cobo Center for the Detroit Auto Show, the German marque has something even more imposing on display – a classic 1979 G-Class embedded in resin. It’s the world’s largest display of synthetic resin, and further promotes Mercedes-Benz’s ongoing partnership with the Jurassic Park film franchise. 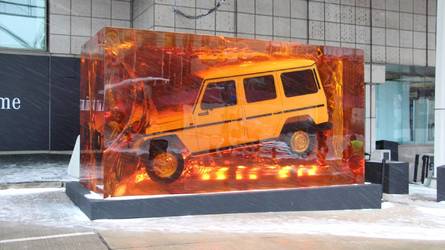 Find Out How Mercedes Encased The Original G-Class In Resin 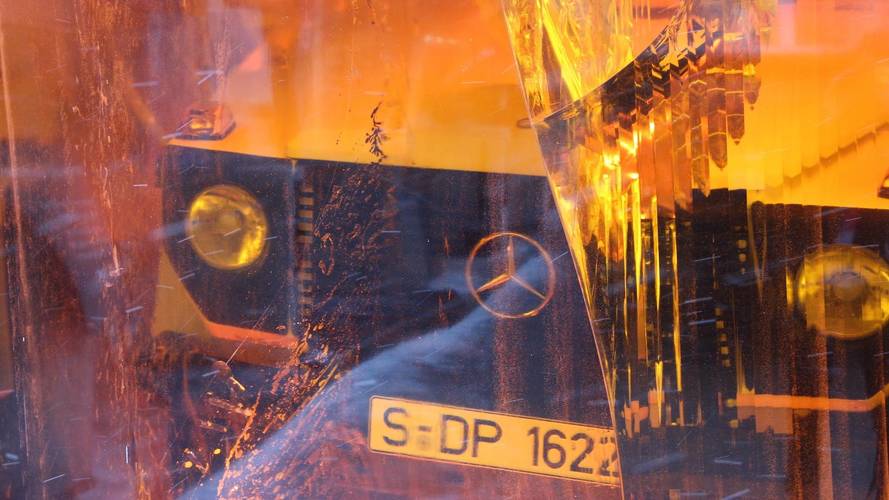 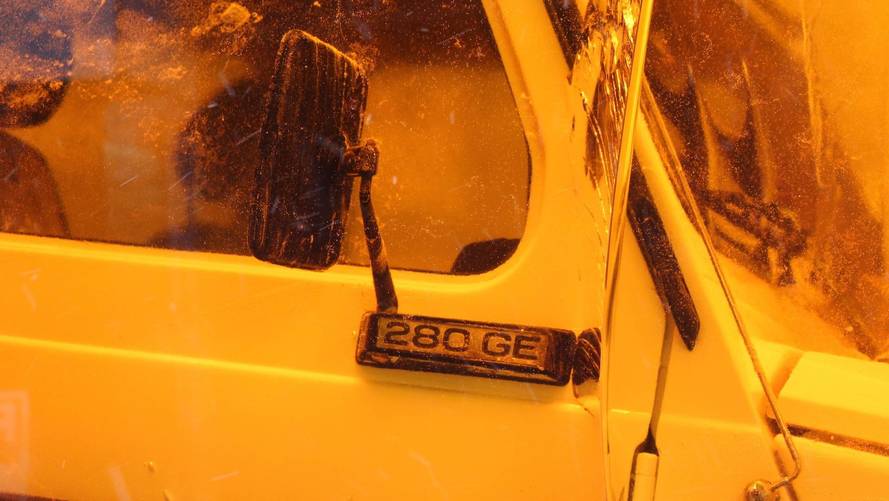 Inside the resin cube lies a 1979 280GE. As the name suggests, the SUV wields a 2.8-liter inline six that was good for 154 horsepower (114 kilowatts) and 167 pound-feet (226 Newton-meters) of torque when new. We don’t think this example will be going anywhere anytime soon, though, even if it is a completely original example.

The display not only promotes a partnership with the Jurassic Park film, but also gives visitors an idea at what to expect when they walk onto the show floor. Since 1979 the G-Class has been the go-to off-road vehicle in the German marque’s range. The SUV celebrates its 40th anniversary in 2019, and comes with much more power than the original.