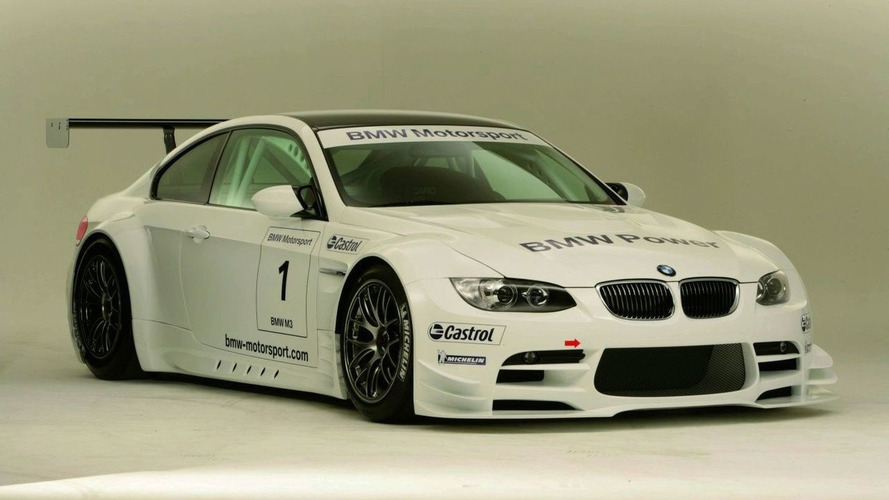 As if the M3 wasn’t powerful enough, the racing edition sees an increase of 65 horsepower to a total of 485 hp.  The aluminum DOHC engine also gets 368 ft-lb of torque.  That increase will certainly be needed if BMW is to advance beyond their previous flashes of brilliance.  BMW M3s took the checkered flag 53 times out of 118 races from 1995 to the end of 2006.

Full vehicle specs are on the last page, following the press release.

Rahal Letterman Racing is predominately owned by racing legend Bobby Rahal and American comedian David Letterman.  Speaking on the partnership with BMW, Rahal said, "BMW has an illustrious racing heritage. Rahal Letterman Racing is eagerly anticipating, not only becoming part of that heritage, but helping to enhance it. Our dedication to this project will be without equal and we look forward to racing at the front of the grid with BMW in the years to come."

BMW Motorsport is also excited by the new venture.  Director Mario Theissen reportedly stated, "With the sporting genes of the production BMW M3 being clearly evident, developing a racing version of the car was the next logical step. The fact that the road-going vehicle is fitted with a V8 engine as standard provided us with an ideal base.”

He continued, “However, the BMW M3 is more than a race car, it has achieved legendary status amongst race fans across the globe. I am convinced that this unique story of the BMW M3 racing cars will now be expanded upon by the addition of further chapters."

You’ll be able to catch the racing edition of the fourth generation BMW M3 at the FIA World Touring Car Championship, where further development will take place.