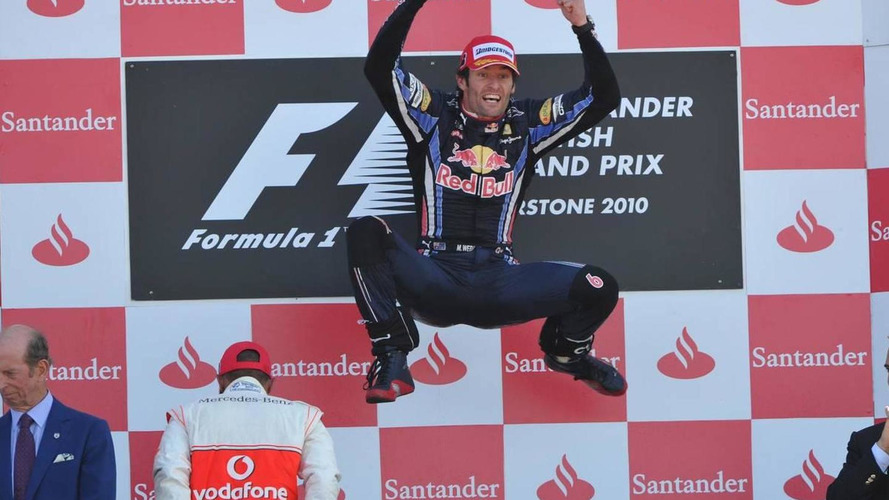 The Australian drove to commanding victory in the British grand prix, while polesitter Vettel was passed at the start and then suffered a puncture in a light touch with Lewis Hamilton.

And the young German's first-corner incident was made worse by Webber edging him over the kerb on the exit of Copse.

"If your question serious?" a frustrated Vettel, who finished seventh, told a BBC reporter when asked if he thought their fight was unfair.

Team boss Christian Horner saw no problem with the moves.

"No -- I was perfectly happy with how they worked together through the first turn," said the Briton.

But after the front wing saga of Saturday, there was some needle between Horner and Webber in their post-race radio exchange.

"Not bad for a number two driver," said the Australian, before Horner told Webber: "You can smile now."

Before the race, Webber had declared himself the "underdog", vowed to "to my best for the guys on my car", and admitted for the first time that he "wasn't too happy" about losing his new front wing to Vettel for qualifying.

And within memory of his thunderous face after qualifying, observers said Webber was unprecedentedly elated on the podium.

British legend Sir Stirling Moss said at Silverstone: "I think what Mark should do is say 'ok, give him (Vettel) the best parts, and I'll go out and beat him anyway'."

Albeit admitting that he might "act differently" in the event of a shortage of new parts at subsequent races, Horner said: "It's amazing how much fuss that one front wing can make."

Elsewhere, Spanish reports said Fernando Alonso was calm after the race, but BBC presenters announced the Ferrari driver was "too angry" to appear for an interview.

After his anger about Lewis Hamilton's penalty Valencia, at Silverstone it was Alonso with a drive-through penalty, for illegally overtaking Robert Kubica.

And when asked if Ferrari's post-Valencia reaction had angered the FIA and provoked Sunday's penalty, Ferrari spokesman Luca Colajanni described the question as "malicious".

Hamilton, second in Britain, is still the championship leader, 12 points ahead of his McLaren teammate Jenson Button, who drove through the field from 14th to 4th at the chequered flag.