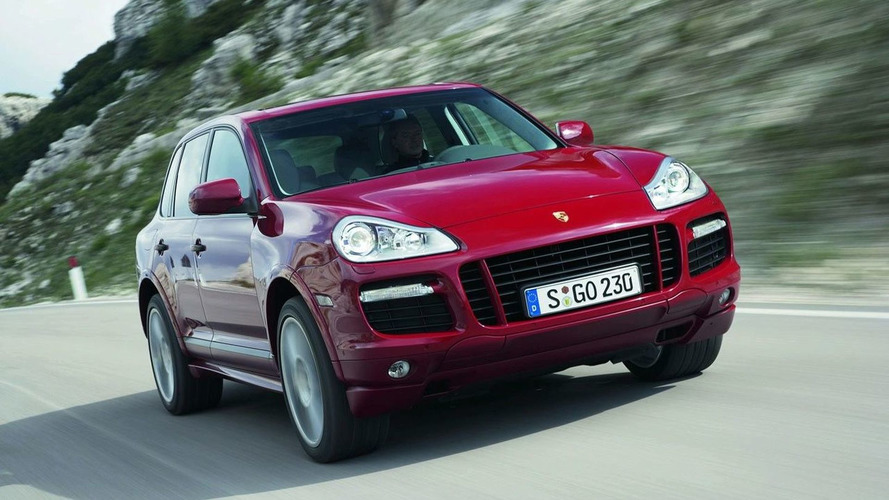 Originally shown in Frankfurt, the Porsche Cayenne GTS got its North American debut this morning in Chicago.  In an event held during a reporters' breakfast at the Chicago Auto Show, the new Cayenne GTS was trumpeted, as well as plans to add a hybrid version to the SUV lineup.

After years of dirtying-the-air accusations by environmentalists, Porsche has gone all-in on the green bandwagon.  The company has been touting its Earth-friendly street cred by reminiscing about zero emission and hybrid models Ferdinand Porsche displayed in Paris 107 years ago.

The Porsche Cayenne GTS will be top of the line for Cayenne owners in terms of on-road capability.  Powered by a 4.8 liter direct-injection V8 producing 405 horsepower, the SUV goes 0-60 mph in 6.1 seconds.  The GTS will also be outfitted with a six-speed manual transmission; a first for any Porsche V8 sold in the U.S.  21-inch alloy wheels come standard, as well as air suspension, and the Porsche Active Suspension Management system.  Alcantara also comes standard inside the vehicle.

Despite Porsche's claims about its environmentally friendly past and future, their present is still pretty smoggy.  The Cayenne GTS gets just 15.54 miles per gallon.  That is 14% lower than the quicker, more powerful, and lighter weight BMW X6 xDrive50i.  The BMW competitor will be available in the states later this year.

The Porsche Cayenne GTS is now on sale in North America at a retail price of $69,300.