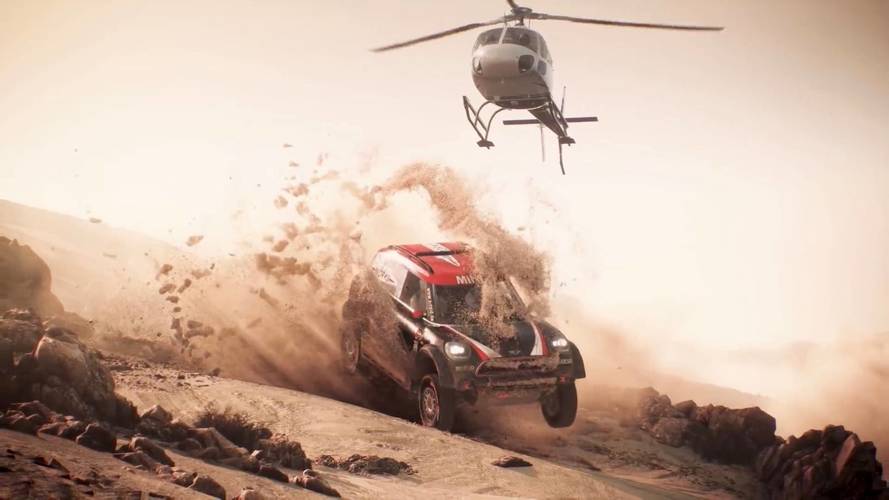 Experience the brutality of the Paris-Dakar Rally from your couch.

Dakar 18 features more than 15,000 kilometers² (9,321 miles²) of open-world gameplay. Players can exit the vehicle to fix any damage to their vehicle by controlling the character and exit to explore the expansive world. Why would you, though? You get to race the Paris-Dakar Rally. The game gives players the chance to race cars, trucks, bikes, quads, and SxS vehicles from official racing teams that developers accurately recreated for the game.

The game will sport realistic simulation physics and a navigation system similar to what is used by racers and teams competing in the real Paris-Dakar Rally. The game will also feature day and night simulations and a unique weather system. Dakar 18 will feature single-player racing along with online and offline multiplayer capability.

There are no details on various types of gameplay. There could be a career mode, stage racing, free play, and others. There’s no word on what kind of multiplayer modes there will be or how many players will be competing at one time.

Considering Bigmoon Entertainment has worked on art for WRC and MotoGP games in the past, hopes are high Dakar 18 will be something special. It will be awesome to experience not only racing in such harsh environments, but the added game mechanics of having to repair your vehicle on the fly would add some great variety to the niche of racing video games. So far, there is no release date set; however, the game should be available to play sometime this later year.