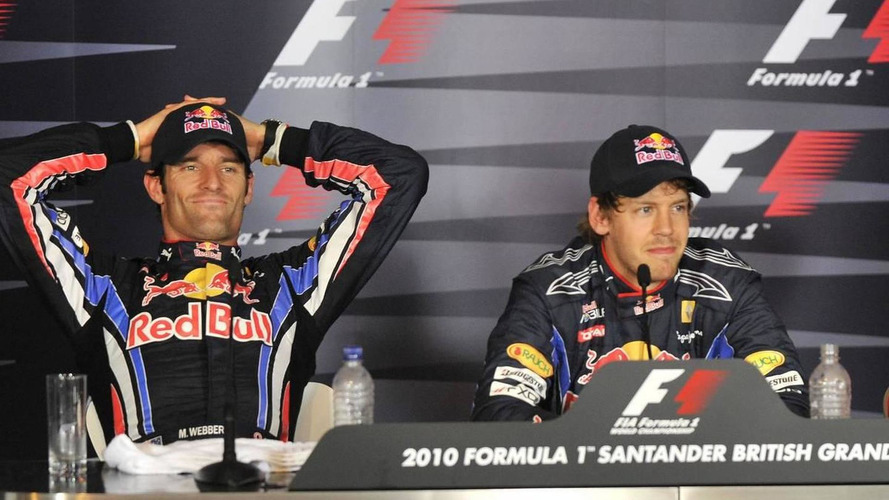 Mark Webber was furious after qualifying second for the British grand prix.

Red Bull brought only two examples of a new front wing design to Silverstone, and on Saturday morning Sebastian Vettel's broke during the pre-qualifying practice session.

The team took Webber's front wing off the sister RB6 and fitted it to Vettel's car before the young German secured pole in qualifying.

The previous specification was used by Webber, who qualified a tenth off Vettel's pace.

The story emerged immediately after qualifying, when Australian Webber refused to put his arm around Vettel for the usual post-parc ferme qualifying pose for photographers.

And the 33-year-old's face had not improved in the press conference, when he surmised that "the team is happy with the result".

Webber also did not stop for his usual talk with television interviews in the paddock.

Team boss Christian Horner said as recently as Friday afternoon that Webber and Vettel are treated "with transparency and equality", receiving "equal priority and treatment".

"I think the most important thing for any driver is to know that he's getting equality of equipment and priority," added the Briton.