The company will invest $1 billion into its Warren Truck Assembly Plant.

Fiat Chrysler Automobiles has officially announced it will spend tens of thousands of dollars to give its employees in the United States a bonus payment of $2,000. The Italian-American automaker wants to celebrate the loyalty of nearly 60,000 non-senior workers and to recognize them for “their continued commitment to the company’s success.” FCA plans to make the payment, which is possible in part thanks to the U.S. tax reform, in the second quarter of this year, without affecting any profit sharing and salaried performance bonuses of its employees.

"These announcements reflect our ongoing commitment to our U.S. manufacturing footprint and the dedicated employees who have contributed to FCA's success," Sergio Marchionne, FAC CEO, comments. "It is only proper that our employees share in the savings generated by tax reform and that we openly acknowledge the resulting improvement in the U.S. business environment by investing in our industrial footprint accordingly."

What Marchionne is referring to in his statement is a new massive investment of $1 billion into the Warren Truck Assembly Plant in Michigan, where the next generation Ram Heavy Duty truck will be assembled. This move will create about 2,500 new jobs at the factory to support the increased production volume.

The manufacturer will move the production of the Ram Heavy Duty series from its current location in Saltillo, Mexico, in 2020. The Mexican factory will be repurposed to assemble “future commercial vehicles for global distribution.” 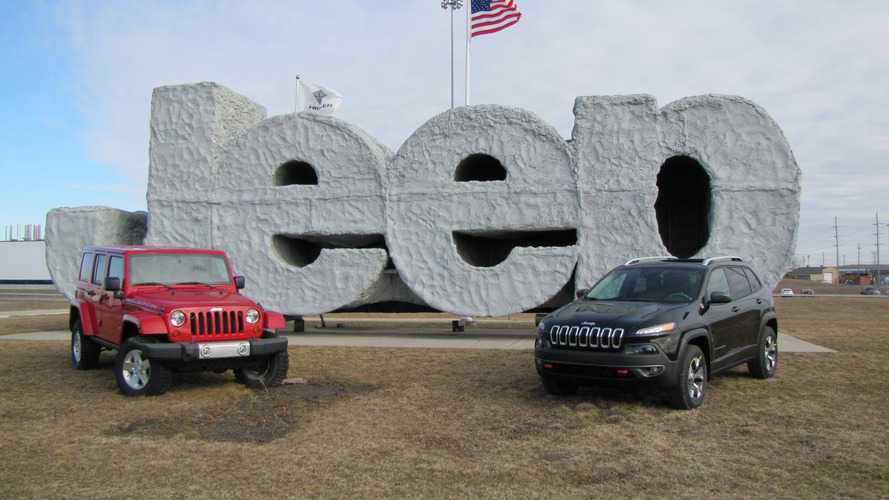 In January last year, FCA announced that the Warren plant will also build the all-new Jeep Wagoneer and Grand Wagoneer. To prepare the site for such a massive expansion, the automaker then announced it will invest another $1 billion.

Since the beginning of 2018, FCA shares have surged 31 percent thanks to optimism about its product lineup being revamped in the next couple of years, as Fortune reports.

FCA announced today two actions made possible in part by the passage of U.S. tax reform legislation late last year - an additional investment in its U.S. manufacturing operations and a special payment to recognize employees for their continued efforts towards the success of the Company.

First, the Company confirmed that it will invest more than $1 billion to modernize the Warren Truck Assembly Plant(Michigan) to produce the next generation Ram Heavy Duty truck, which will relocate from its current production location in Saltillo, Mexico, in 2020. This investment is in addition to the announcement made in January 2017 which committed to spending a portion of $1 billion in Warren Truck Assembly to expand the Jeep® product line with the addition of the all-new Jeep Wagoneer and Grand Wagoneer. The Saltillo Truck Assembly Plant will be repurposed to produce future commercial vehicles for global distribution.

To support the increased volume at the Warren facility, 2,500 new jobs will be created, above and beyond the jobs announced as part of the January 2017 announcement.

Second, the Company confirmed that it will make a special bonus payment of $2,000 to approximately 60,000 FCA hourly and salaried employees in the U.S., excluding senior leadership. The payment, which recognizes employees for their continued commitment to the Company's success, will be made in the second quarter of this year, and will be in addition to any profit sharing and salaried performance bonuses that employees would otherwise be eligible to receive in 2018. The special bonus will be paid to all eligible employees of the FCA automotive and components operations in the U.S.

"These announcements reflect our ongoing commitment to our U.S. manufacturing footprint and the dedicated employees who have contributed to FCA's success," said Sergio Marchionne, Chief Executive Officer, FCA. "It is only proper that our employees share in the savings generated by tax reform and that we openly acknowledge the resulting improvement in the U.S. business environment by investing in our industrial footprint accordingly."

Those investments and related actions involved production shifts at three plants in Illinois, Ohio and Michigan to gain capacity for the Jeep Cherokee, Jeep Wrangler and Ram Light Duty truck, and the introduction of three new Jeep models at plants in Ohio and Michigan.

The plant investment actions announced today are subject to the negotiation and final approval of incentives by state and local entities.