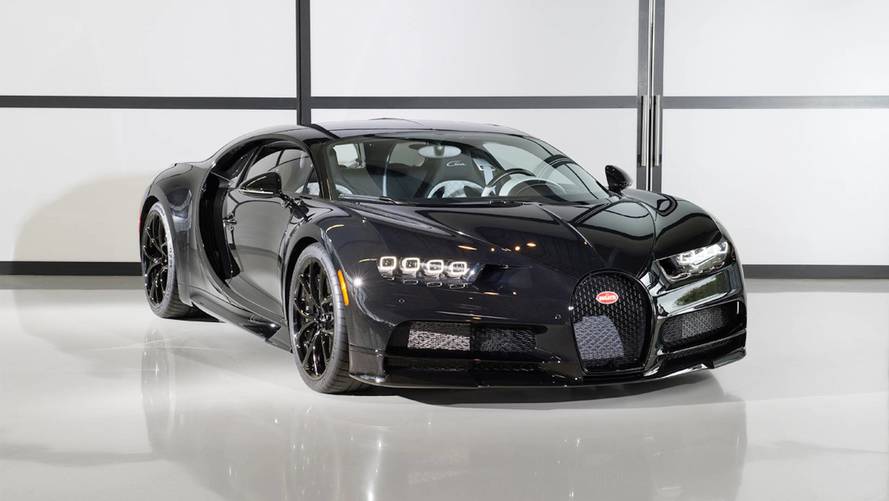 The two cars have a combined cost of around $6 million.

If we're to believe the Internet, Bitcoin is the future of money. The cryptocurrency saw its biggest success in 2017, peaking at more than $19,000 in December, with some experts projecting we could see it go as high as $50,000 or $60,000 before the end of 2018. With that in mind, many early Bitcoin adopters are looking to cash in – particularly on a few six- and seven-figure supercars.

One savvy Bitcoin investor took his earnings to Pagani Newport Beach in California, where he quickly went home with a pair of multi-million dollar hypercars. According to DuPont Registry, the dealer sold a brand-new Bugatti Chiron and a Pagani Huayra Americano with the Tempesta package for a combined cost of around $6 million. All in Bitcoin, of course. At today’s rate, that $6 million asking price for both vehicles equates to just a little over 450 BTC.

The 1,479-horsepower (1,102-kilowatt) Bugatti was finished in a handsome jet black exterior with an accenting grey and black leather interior. The 720-hp (536-kW) Pagani, meanwhile, was finished in a silver exterior with red accenting stripes and exposed carbon fiber bodywork throughout. Both cars are extremely rare, and each cost around $3 million when new – making them insanely expensive, with or without Bitcoin.

Of course, this isn’t the first time we’ve seen a seller accept the cryptocurrency for a rare supercar or hypercar. Back in December, someone in Atlanta, Georgia was attempting to off-load a virtually brand-new McLaren 720S for 25 BTC, which equates to about $333,000 at today’s exchange rate. It’s unclear whether he was able to find a Bitcoin buyer, but it appears more and more supercar sellers are accepting the currency.