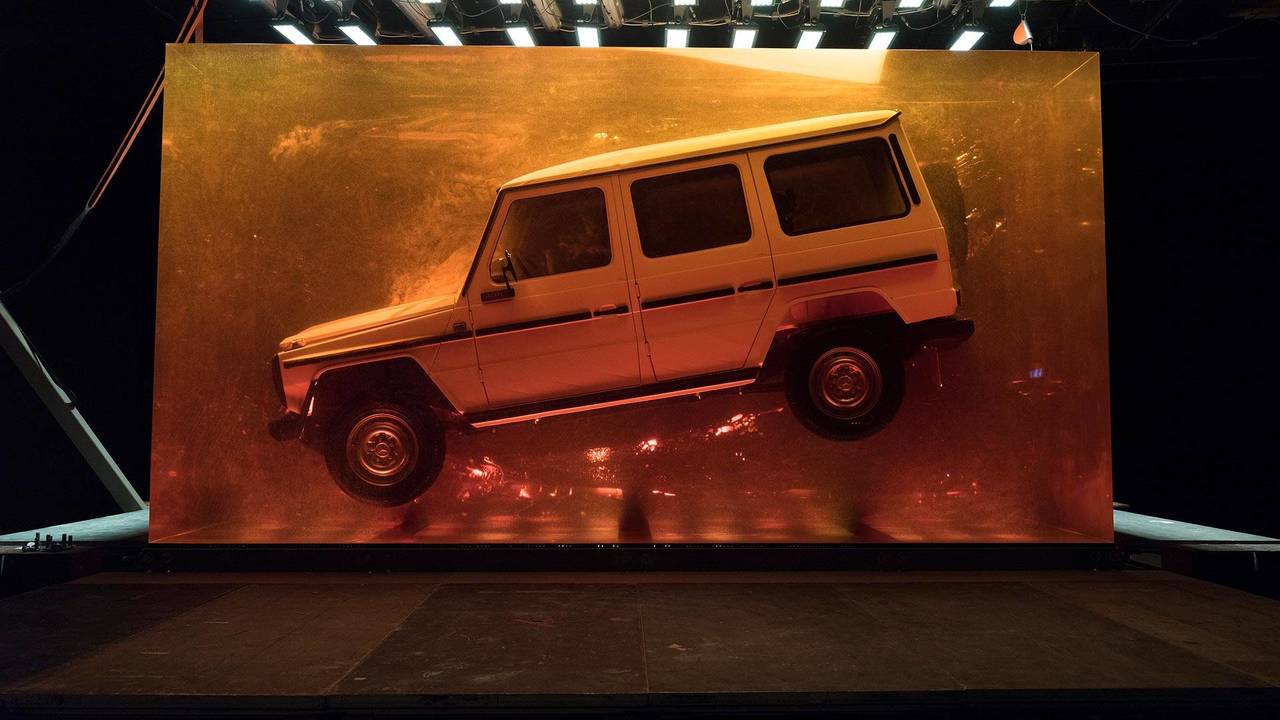 It takes 44.4 tons of synthetic resin to make this possible. Let's hope Mercedes can get the G-Class out.

When Mercedes-Benz officially announced that the new G-Class would debut at the North American International Auto Show on January 15, the company released a video that evoked the original Jurassic Park film by showing a classic G-Class embedded in amber and promised, "The DNA Lives On." The automaker will revive that idea at the entrance of Cobo Hall at the show by displaying the world's largest installation of synthetic resin with a 1979 G-Class suspended in the center of it. This eye-catching art piece will weigh a portly 44.4 tons (40,280 kilograms) and will give visitors a big hint about the vehicle premiering inside.

The G-Class debuted in 1979 as the most rugged member of the Mercedes lineup. The company offered them in a vast array of body styles from the familiar four-door SUV to the six-wheel-drive pickup that started life with the Australian military and eventually became the Mercedes-AMG G63 6x6 after significant modifications. A few extensive refreshes kept this basic machine in the Mercedes lineup for over three decades.

Find Out How Mercedes Encased The Original G-Class In Resin

As in leaks (see above) and teasers already reveal, the new G-Class looks a lot like the old one on the outside, but there are major differences everywhere else. Oliver Metzger, head of the model's development, says there are only five shared parts between the generations. For example, there's an AMG-developed independent double wishbone suspension and a new nine-speed automatic gearbox. Mercedes still isn't saying much about the G-Class' engines, though.

Some of the most welcome updates are in the cabin. Like a modern Mercedes, customers can order a pair of digital displays to handle the instruments and infotainment. Purists can still get analog readouts, though. There's also a lot more room inside for occupants in the front and back.

Look for Motor1.com's team at the Detroit show to have a live look at the new G-Class.