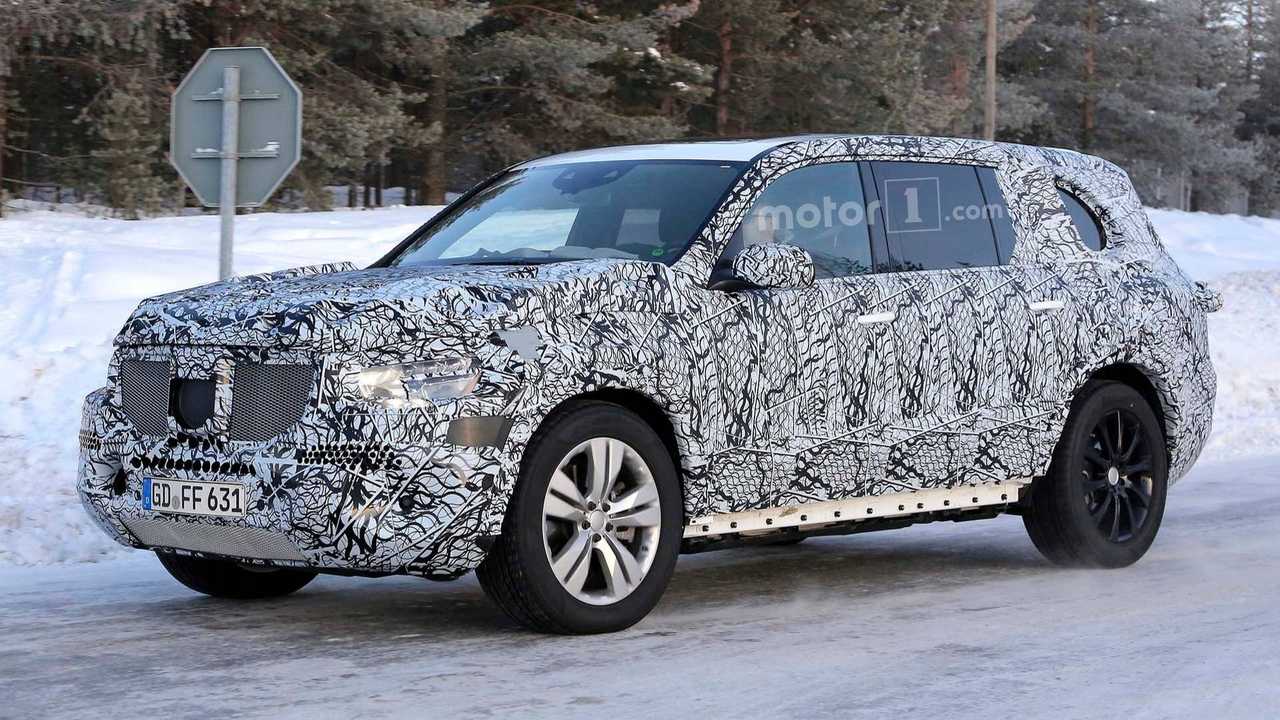 We're pretty sure there's a svelte shape hiding beneath the bulky coverings.

The last time we saw the new Mercedes-Benz GLS-Class testing, it was a relatively short video that showed a bit of detail. This time we caught up to the crossover testing in the snow, and spy photographers were on-hand to grab some high-resolution photos. We can better see the chunky cladding on the hood beneath the camouflage wrap, which is almost certainly a ruse to hide what should be very smooth, flowing lines for this full-size SUV.

That’s because we know there’s the new MHA platform underneath, which delivers lighter weight while also providing roomier accommodations inside. Aside from not following the current Mercedes design ethos, such a blocky shape wouldn’t seem to mesh with the advantages of the new platform. And besides, there’s the crazy G-Class for those who like such things.

As such, the new GLS should give third-row passengers some measure of comfort while blasting down the highway. As for what will power this crossover, specifics aren’t known at this stage but hybrid combinations are pretty much guaranteed, pairing the new inline-six engine with electric motors in several variations. An AMG version is also likely at some point, though we expect that autobahn burner to incorporate the larger 4.0-liter biturbo V8.

The new GLS-Class is expected to do battle with the Range Rover and BMW X7 in the full-size SUV realm, but there’s also talk of an ultra-posh Maybach version seeing the light of day. That would further elevate the people mover to the supreme luxury realm where the Bentley Bentayga and the long-wheelbase Range Rover SVAutobiography live.

For now at least, we’ll have to make due with spy photos. It’s believed that Mercedes-Benz won’t reveal the new GLS-Class until 2019, and given the extensive camouflage panels still affixed to the prototypes we see, that’s a good estimate.