Shelby GT Prototype To Be Auctioned At Scottsdale

The Carroll Shelby Foundation is to offer a Shelby GT prototype at the Barrett-Jackson sale to raise money for children suffering with life-threatening illnesses.

A prototype Ford Shelby GT convertible will be auctioned at the Barrett–Jackson Scottsdale sale this month to raise money for the Carroll Shelby Foundation. The GT was the first retail convertible built by the company since 1970. This particular example was made in 2007 ahead of the model entering full production the following year. It was also the official press car and was driven by Carroll Shelby for promotional purposes.

In total only 2,214 GTs were built with 583 convertibles variants made. It came with a 4.6-liter V8 fitted with Ford Racing’s Power Upgrade Package. That boosted power to 315 horsepower (235 kilowatts) with torque increasing to 330 pound-feet (447 Newton-meters).

The upgrades also included revised aerodynamics, a short-throw gearshift, and tuned suspension. This car is finished in blue with silver stripes running the full length of the car – harking back to the company’s Cobra and Daytona coupe racing liveries.

Aaron Shelby, co-president of the Carroll Shelby Foundation, will drive the car onto the auction block following on from his grandfather. It will go under the hammer without reserve and with all proceeds going towards the Foundation’s work with children suffering from life-threatening illnesses. 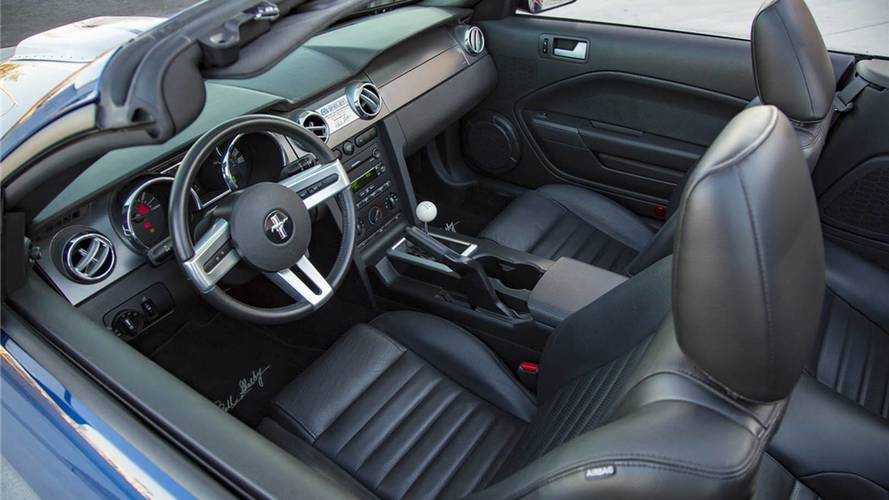 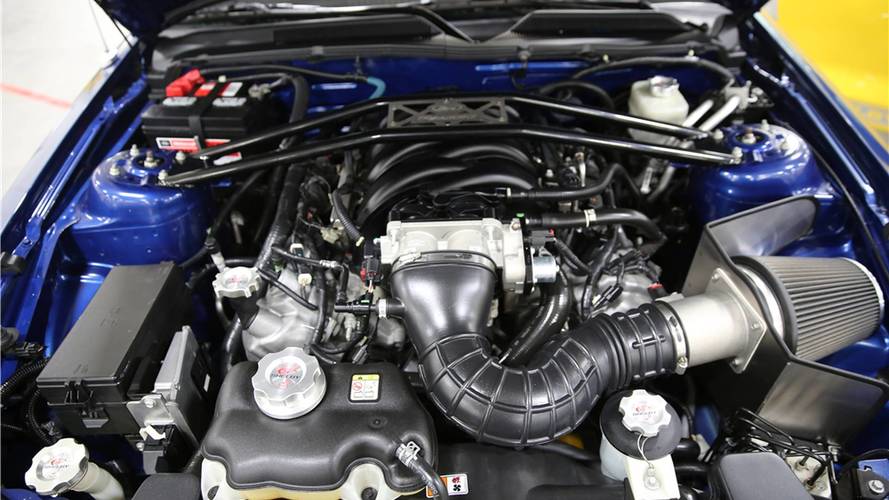 Shelby said: "The Carroll Shelby Foundation has been helping kids with the race for life since 1991. We’re selling the Shelby GT prototype driven by my grandfather to help raise money for the charity that he loved. Those funds will give financial support to children and the medical professionals who help them overcome life-threatening health issues. Some of the money will also promote continuing educational development through initiatives like the Carroll Shelby Automotive Technology Program."

The Barrett-Jackson auction takes place January 13–21, with the Shelby GT set to be sold on Friday 19.

Co-CEO of Carroll Shelby International, Neil Cummings said: "This is a historically important car because it represents a return of the Shelby small-block convertible to Ford dealerships, as well as the final year of the pre-title manufacturing agreement between Ford Motor Company and Shelby for the Shelby GT program. The winning bidder will own a car personally cherished by Carroll Shelby, as well as having the satisfaction of contributing to the charity that Carroll so loved."

8 Photos
By: Matt Kew
Published by: Angel Sergeev
++
Got a tip for us? Email: tips@motor1.com