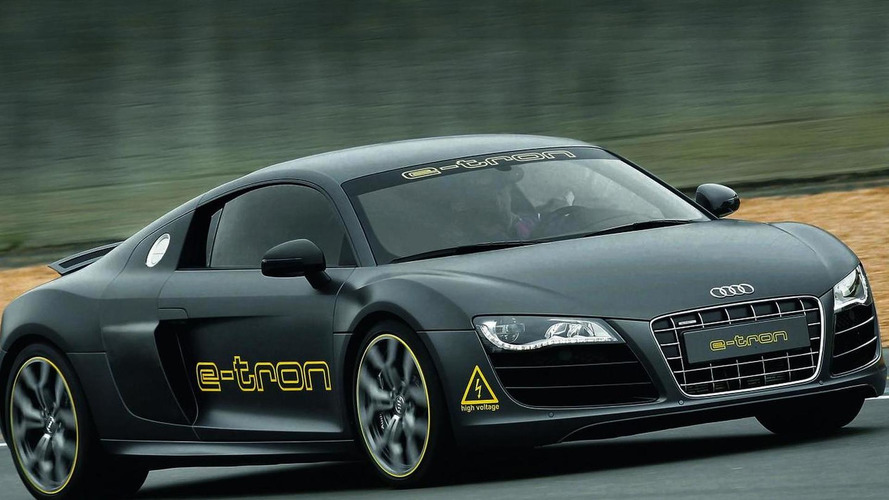 Audi has entered an R8 e-tron in an electric-car rally in Austria to prove the prowess of its zero-emissions technology.

The R8 e-tron will run the 167.5 km (104.08 miles) route of the Silvretta E-Auto Rally Montafon 2010 piloted by factory driver Lukas Luhr as well as Audi's own head of technical development, Michael Dick. The race takes place in the Austrian state of Vorarlberg.

In the past, Audi has put the range of the e-tron at 250 km (155 mi), but there is no mention in the press release whether the R8 e-tron will run the rally on a single charge. Although, they say they will be competing in "ten stages". Ummm...