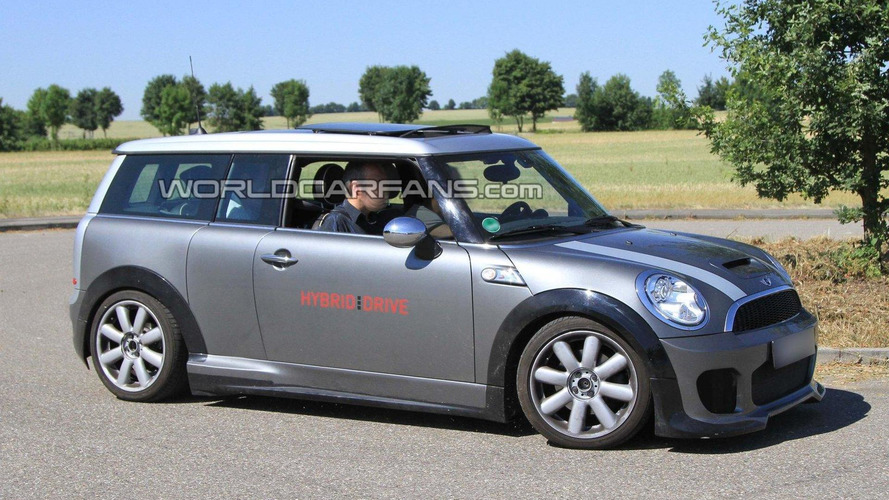 Get the first spy shots of MINI's latest foray into alternatively-powered vehicles. The story inside.

Spies in Germany managed to capture several shots of the ever-unsubtle MINI Clubman S Hybrid.  While we don't know if "hybrid drive" printed on the side doors means this car really is using a hybrid system at this stage of testing, it is quite clear that this car is riding much lower than the normal Clubman S.

This could be due to suspension tuning, like that seen on the Clubman JCW, or to the added weight that a set of batteries could bring to a project such as this.  It is important to note that this prototype's bumper shares a similar front spoiler element as that of the JCW.  The car also has large bulges at the rear of the sidesills.

The question on our minds is the performance capability of a heavier, hybrid Clubman or Cooper.  Despite the hoodscoop, we can also see a sizeable intercooler sitting inside the bottom of the front bumper.  Added parts are the new rear bumper, with exhaust moved to the driver's side in a crude fashion.