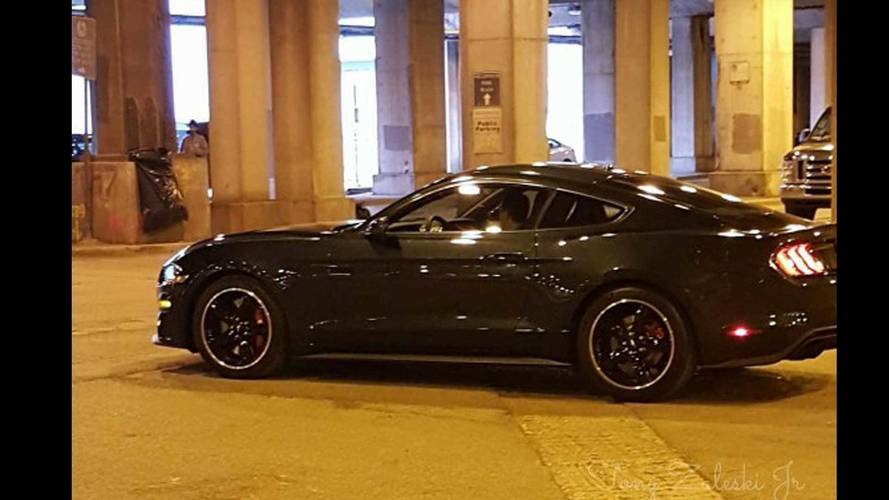 This Mustang might be the (Mc)Queen of the show, if it really debuts there.

The plentiful rumors about a new Bullitt edition Ford Mustang appear to be true. An unnamed source confirms to Automotive News the model's debut at the upcoming North American International Auto Show in Detroit.

The latest Ford Mustang Bullitt will arrive for the 2018 model year, according to Automotive News, which will make it a fitting tribute for the Steve McQueen film's 50th anniversary. This timing will also mean that the cinematic pony car will likely arrive at dealers in the first half of the year.

In terms of performance, suspension upgrades are very likely for the new Bullitt, but powertrain changes are a bigger question. For past Bullitt editions, Ford has managed to get a little more output out of the pony car's V8. However, the current 'Stang just received an extensive refresh, so the Blue Oval might not have seen reason to tweak its output beyond the V8's current 460 horsepower (343 kilowatts) .

Rumors about a new Bullitt Mustang have been circulating for a while, but things got serious when someone spotted a mysterious, 'Stang at a photo shoot in Chicago, Illinois. A white sheet covered the car when it wasn't in front of the camera, and the coupe allegedly had a police escort at times, too.

The lighting in the photos made the model difficult to see clearly, but the Mustang appeared to have the right mix of a dark green body and gunmetal gray wheels with polished lips to be the Bullitt. Plus, the rear end featured a crosshair badged that looked similar to the previous Bullitt Mustang.

Further evidence about the upcoming model came from a Barrett-Jackson auction. The listing was for a "special new Ford Mustang," and it promised proceeds from the sale would go to the school Boys Republic. McQueen graduated from there in 1946. The school also hosts the Friends of Steve McQueen Car Show each year.

In Bullitt, McQueen plays San Francisco Police Lieutenant Frank Bullitt, and he drives a stealthy green 1968 Mustang GT fastback with a blacked-out grille. The 10-minute chase through the city between the pony car and a Dodge Charger is one of the greatest scenes in film history.

Ford's first Bullitt edition Mustang arrived in 2001. It was available in the appropriate shade of green paint and came with retro-tinged wheels. Modifications to the engine's intake and exhaust gave the coupe 265 hp (198 kw) – 5 hp (4 kW) more than a stock Mustang GT at the time.

Another, even more impressive Bullitt arrived in 2008 for the film's 40th anniversary. Ford gave it a blacked-out grille without a pony badge for a look even more like the car in the movie. The 4.6-liter V8 had a revised intake and exhaust for 315 hp (235 kW) – 15 hp (11 kW) more than the contemporary GT.