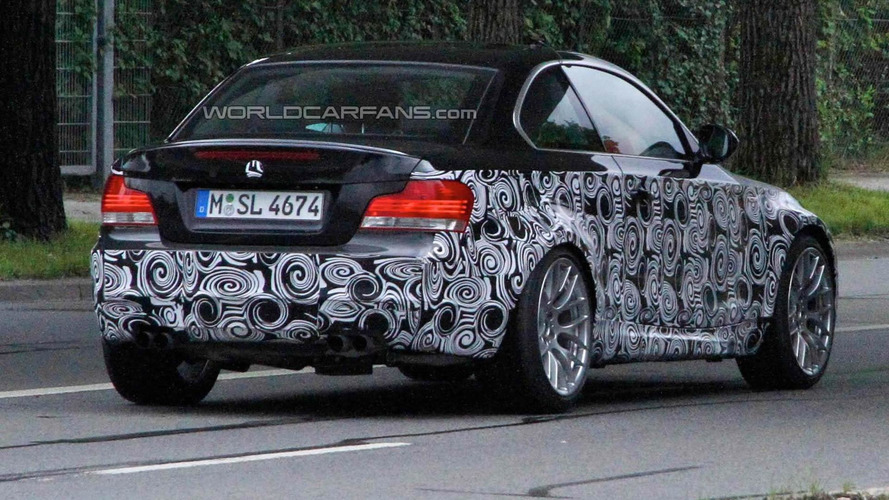 It's still sporting camo, but you can still bear witness to its agility on the track. The BMW 1-Series M Coupe will be unveiled later this year.

And BMW M GmbH have released this teaser video that provides a glimpse as to what the model will be like. It's still sporting camo, but you can still bear witness to its agility on the track.

Right now, BMW is only giving journalists from Germany and Austria a ride along in a 1-Series M on a track in Ascari, Spain, driven by BMW test drivers. As Dr. Kay Segler, CEO of BMW M GmbH says in the video, others "will have to wait for it."

The model will be officially unveiled sometime before Christmas but we are are likely to get more hints, details and teasers before then. After much hesitation on whether BMW would deliver a smaller M car below the M3, the Bavarian brand finally decided to go ahead and make it. Though, BMW M seems to want to avoid confusion with the M1 of old, as is calling it the 1-Series M instead.

"There are so many people out there just dreaming to have a BMW M car. We are here to realize dreams," says Segler in the video.

And in the accompanying interview, he goes on to explain that since the M3 has grown and matured over its nearly 25-year history, it was time to offer something more basic to BMW customers.

"This is why it is one of my most urgent goals to offer a small, affordable M model in the tradition of the very first BMW M3," said Segler in the interview (see press release below).