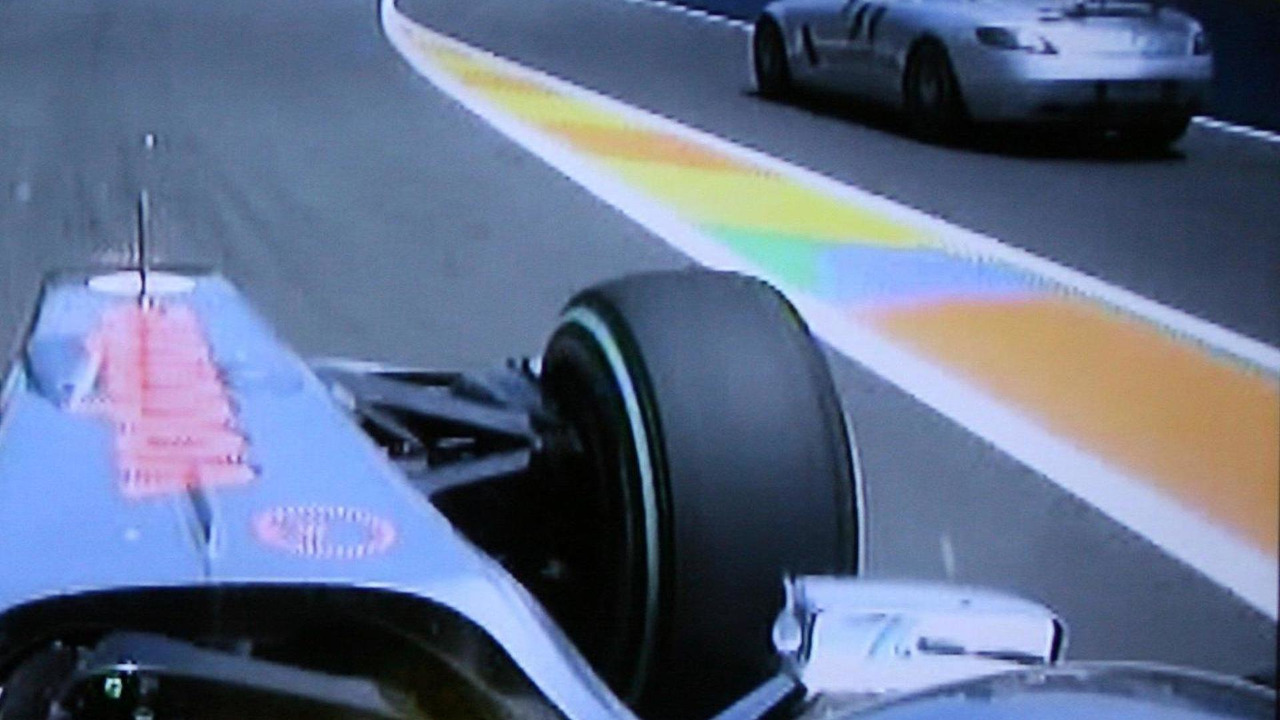 F1's safety car rules have been tweaked in the wake of the Valencia controversy.

F1's safety car rules have been tweaked in the wake of the Valencia controversy.

The 12 teams met at Silverstone ahead of the British grand prix to discuss the incidents that so enraged Ferrari and its supporters.

The rule tweak, agreed between the teams and race director Charlie Whiting, addresses Ferrari's complaint that Fernando Alonso was disadvantaged by following the rules and not overtaking the safety car on the Spanish street circuit.

McLaren's Lewis Hamilton, meanwhile, received a drive-through penalty for overtaking the safety car that was applied so late he was still able to finish the race in second place.

The result of the Silverstone meeting is that the safety car rules remain effectively the same, despite some pressure to see the pits closed when the safety car is circulating.

Instead, it has been agreed that drivers who are not being slowed by the safety car will have to drive on track at the same speed as the Bernd Maylander-driven Mercedes gullwing.

Previously, drivers not being immediately slowed by the safety car during the safety car period only had to keep within 120 per cent of a flying laptime.

In Valencia, the rule tweak would have meant Hamilton would not only have been penalised for overtaking the safety car, but also not able to negate the drive-through by driving around the track any faster than Maylander.

In the meeting, Whiting also promised the teams that efforts will be made to issue penalties like Hamilton's faster in the future.

In Valencia, Hamilton's penalty was delayed because the race director did not request the steward investigation until after the Mark Webber crash was dealt with.

But in future, potential penalties will be passed immediately to the attention of the stewards, while the race director can continue to focus on a Webber-like incident.

Moreover, because the arrival of crucial evidence about the Hamilton incident also slowed down the in-race investigation, there will now be cameras constantly monitoring the safety car lines 1 and 2.

There will also be trackside markings that show the location of the safety car lines, so that a driver cannot argue he did not notice the lines from his driving position.