Hyundai i20 Facelift Spied Showing Off Its New Corporate Grille 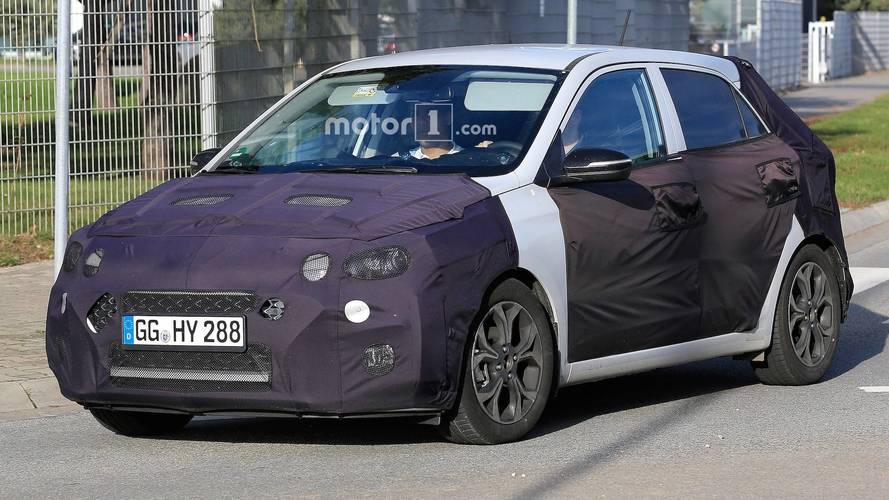 Keeping it in the family.

Arguably not nearly as enticing or as well-regarded as its larger i30 sibling, the Hyundai i20 remains a solid option as far as small European hatchbacks go. Celebrating 10 years on the market in 2018, the handsome hatch is scheduled for an update, and new spy photos give us our best look yet at what the facelift will likely entail.

Hidden behind camouflage, we can barely make out the all-new front fascia, which has seemingly been redesigned from the ground up. Borrowing cues from the i30, the i20’s new corporate grille will be accented by updated headlights and fog lights, the latter appear to be smaller and better integrated into the bumper than the outgoing model.

Out back, the taillights also appear to be completely new. The position of the license plate, too, has been moved from the bottom of the bumper to the center of the tailgate, signifying a completely revised bumper and rear hatch design. This particular prototype also appears to be fitted with a backup camera.

Most of the interior remains a mystery. As of yet our spy photographers haven't been able to get close enough to catch the updated cabin. Still, we don't expect to see many big changes. Some new trims, upholsteries, and a few modest updates to the dash should encompass most of the update.

As far as engines go, the i20 is expected to keep its 1.0-liter T-GTI motor. Rumors suggest that the hatchback could get a hotter version to compete with the Ford Fiesta ST, Toyota Yaris GRMN, and others, but it seems unlikely. The new Hyundai i20 will make its debut later in the year.