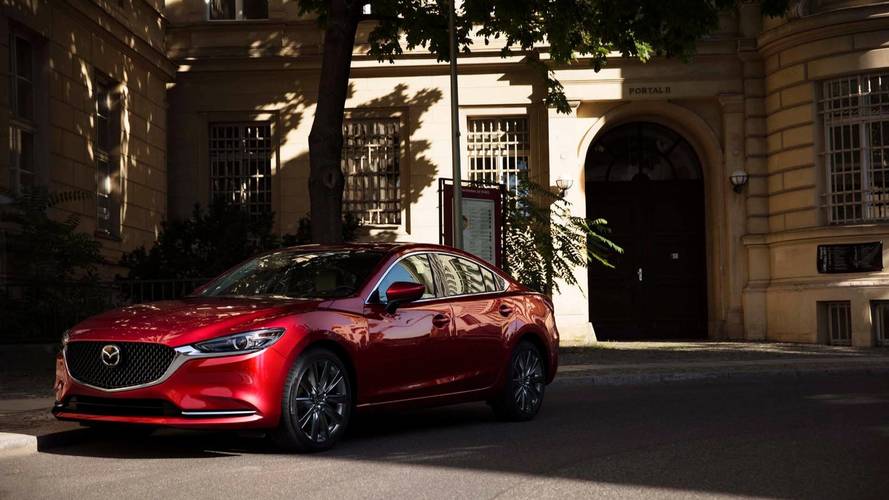 The Mazda6 underwent a minor reconstructive surgery for 2018, gaining features like a new front fascia, a more luxurious cabin, and a new turbocharged engine. One thing it didn't get, though, was all-wheel drive. While the technology is already available on both the Mazda6 and Mazda3 in markets like Japan, the U.S. remains stuck with front-wheel-drive options exclusively – at least, for now.

While North American CEO Masahiro Moro was reportedly mulling over an all-wheel-drive option for the U.S., new documents suggest that it could be coming sooner than later. According to MotorTrend, new details from the NHTSA suggests that an all-wheel-drive Mazda6 has undergone crash testing here in the U.S. The document shows crash-test ratings for both front-wheel-drive and all-wheel-drive versions of the 6, both of which received overall five-star ratings.

Back in December, Moro said in an interview that the company was mulling over the idea, but that it may not be able to combine "four-wheel drive and the 2.5-liter turbo" engine. The new engine, which was shown in L.A., produces 250 horsepower (186 kilowatts) and 310 pound-feet (420 Newton-meters) of torque, and comes pair to a SkyActiv-Drive autonomous transmission exclusively. Still, an all-wheel-drive 6 does sound promising, even with the base 2.5.

The 2018 Mazda6 goes on sale in the U.S. this spring, but it’s still unclear whether it will be available with an all-wheel drive option at launch. We do know that buyers will be able to opt for the aforementioned 2.5-liter turbocharged engine, or a less powerful 2.5-liter until paired with a manual transmission. That engine produces a modest 184 hp (137 kW).

If all-wheel drive isn't your thing, rumors suggest that the next-gen Mazda6 could switch to a rear-wheel-drive platform entirely, borrowing the technology from Toyota. That same chassis would underpin both the 6 and the rumored upcoming RX-Vision sports car, signifying a serious move upmarket for the brand. Until then, buyers will have to make do with a light refresh for 2018.