Mazda Rotary Engine Could Serve As Range Extender For Toyota 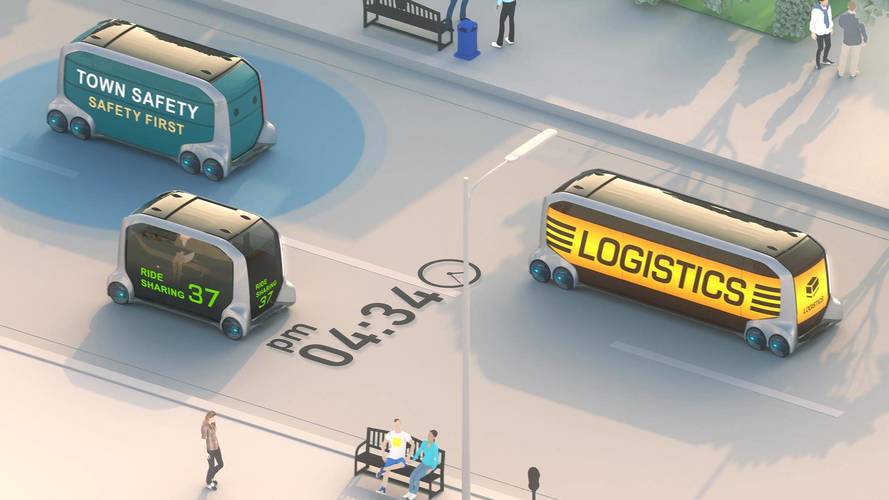 Toyota shouldn't have much trouble fitting a tiny rotary engine into the boxy E-Palette.

When trial testing begins in a few years, Toyota's versatile E-Palette could potentially have a tiny rotary engine on board as a range extender for the model's electric powertrain. The combustion mill would boost the boxy model's range, so that the machine wouldn't sit at charging point out out of commission for such a long time.

In its announcement for the E-Palette, Toyota listed Mazda as one of its initial partners on the project, which also included Amazon, DiDi, Pizza Hut, and Uber. "Mazda will provide technical information on a [rotary engine] range extender to be used in the vehicle being developed. We will reveal more details at an appropriate time," Mazda spokesperson Jacob Brown told Green Car Reports.

Mazda has been working on a rotary range extender for several years, including putting one in the Mazda2 plug-in hybrid concept. In 2017, the company filed a patent for a Wankel stop-start system that specifically referenced the engine's role as a range extender, too. Rumors have also pointed to Mazda using this powerplant in its own vehicle, in addition to the Toyota partnership

The rotary engine's high power output relative to its small size make it a good fit for packaging as a range extender. The poor fuel economy is less of an issue, too, because the electric powertrain functions as the primary means of moving the vehicle.

Toyota unveiled the E-Palette concept at CES. The company imagines it more as an open platform than a traditional vehicle. Companies would sign up to use the model and would be relatively free to modify it, including adjusting the interior and fitting different autonomous systems. The partners would also have access to Toyota's big data center for tasks like monitoring the state of the vehicles on the road.