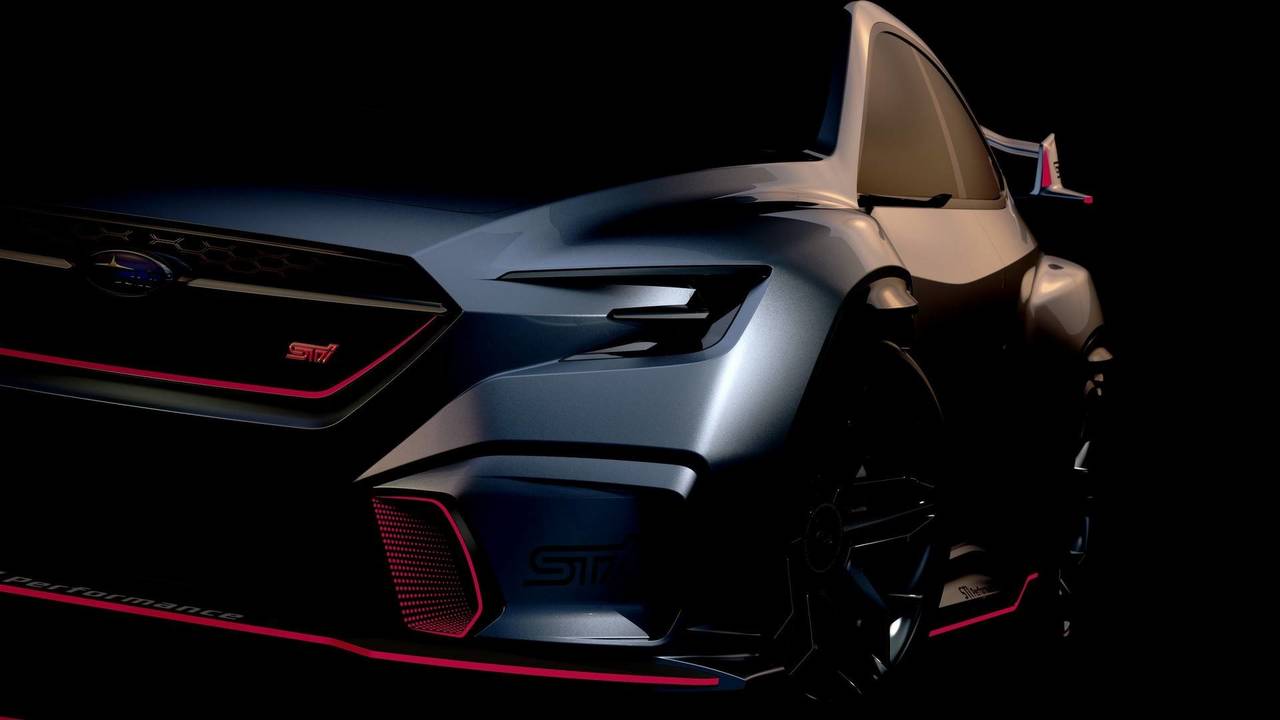 We will see it in full later this week at the Tokyo Auto Salon.

The Subaru Viziv Performance concept was originally unveiled in October 2017 at the Tokyo Motor Show and now it’s about ready to put on a racing suit for the forthcoming TAS event in Japan’s capital. Premiering on Friday, the new Viziv Performance STI concept is likely to serve as a sneak preview of the next-generation WRX STI scheduled to arrive in the coming years.

As a matter of fact, Subaru’s Design Chief Mamoru Ishii has already hinted the aforementioned Viziv Performance concept provides a taste of things to come in terms of a new fast sedan carrying the fabled three letters: WRX. It can only mean the STI-branded showcar teased here will eventually have a road-going equivalent in the next iteration of the WRX STI.

From what we are able to see so far, the new concept will boast a large rear wing and a number of red accents highlighting its sporty side. Plenty of STI logos have been added all over the body, including on the more aggressive front bumper. Interestingly, the end plates of the sizeable wing at the back have winglets protruding from the sides and these are likely there to boost airflow and improve aero.

It remains a mystery at this point the identity of the engine hiding underneath that bulging hood, but the production model based on the new Subaru Global Platform is expected to feature a hybrid powertrain once it will arrive at the end of the decade. David Dello Stritto, Subaru’s sales and marketing manager in Europe, has clearly said the existing turbocharged 2.5-liter boxer engine has no future. Instead, rumors are suggesting a smaller turbo 2.0-liter boxer unit will drive the front wheels and will work together with an electric motor powering the rear axle to enable an AWD arrangement.

Let’s just hope Subaru will shed some light about the oily (or is it electric?) bits at the Tokyo Auto Salon this weekend. To refresh your memory, attached below are images of the non-STI concept.