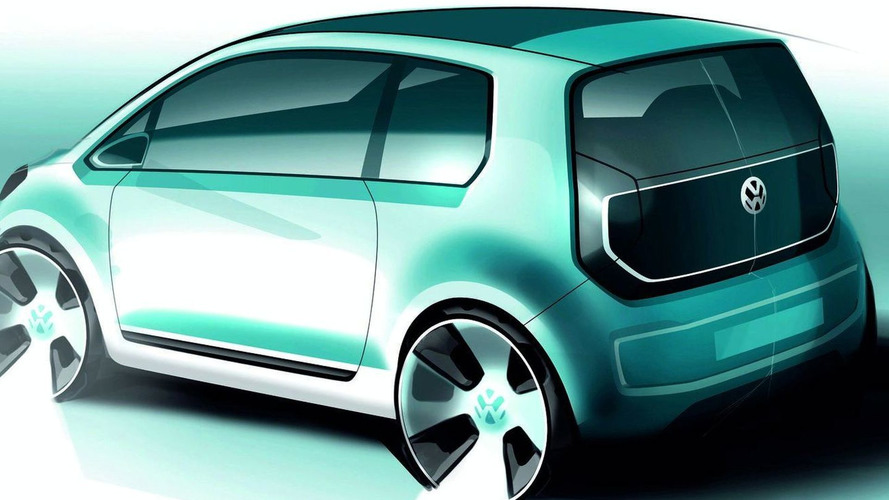 Electric variant of the Up! will come as a three- or five-door hatch. A Space Up! minivan variant may follow later.

Volkswagen may be hesitant to bring such a small car as the Up! to the U.S. market, but in these electric-crazed times, it feels confident it will find buyers for the E-Up! there.

According to Automobilemag, the German automaker's current plans still include the electric variant of the Up! compact car coming to North American shores in 2013. Previous reports had the year at 2014.

The E-Up! is a front-drive, mini/city car featuring a 60 kW (40 kW continuous) electric motor powered by lithium-ion batteries. Initially, it will come as a three- or five-door hatch but a Space Up! microvan, sharing a platform with the Audi A2, may follow later. Volkswagen gives the vehicle's range at about 130 km (80 miles) and says it can accelerate from 0 to 50 km/h (31 mph) in 3.5 seconds and has an "autobahn-going" top speed of 134 km/h (84 mph). But it's hard to trust numbers on electric cars these days and it may be safe to assume that in real-world circumstances that range figure is just not feasible.