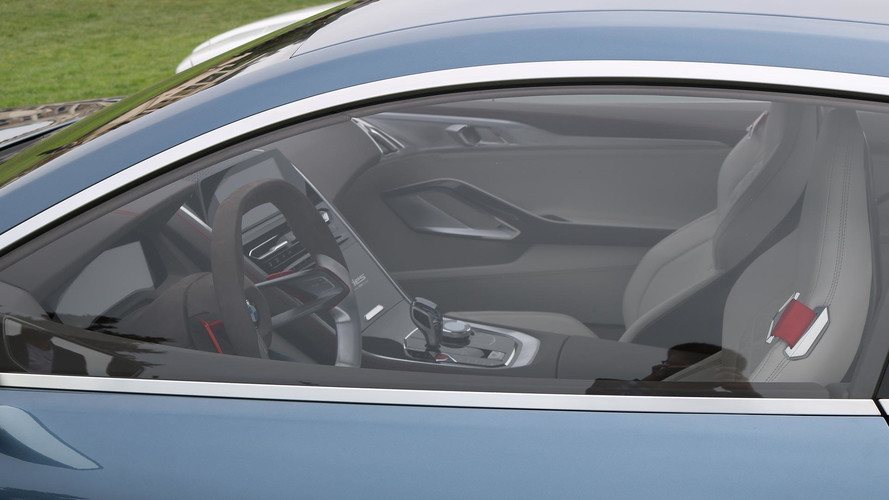 Getting a fully digital instrument cluster accompanied by a wide infotainment screen.

It was only yesterday when a couple of fully revealing images depicting the production-ready BMW 8 Series emerged onto the web and now we get to see the interior cabin. Well, at least most of the dashboard. It comes as no surprise the road-going model will be staying true to the concept before it, but obviously toned down as the center console won’t look as sleek as the one seen above in the showcar.

Although the quality of the image is not that great, it’s good enough to allow us observe the all-digital instrument cluster and a wide infotainment screen, which appears to have a fairly big bezel that will be a turnoff for some people. Overall, it seems BMW is ready to usher in a new center console design and what better way to do it if not by installing it first in the reborn 8 Series?

Some of the things that have changed from concept to production include the shape of the air vents and the configuration of the buttons as the design of the controls is now more in line with the other production BMWs. Other noticeable features include a fairly generous storage area at the bottom of the center console, two hexagonal cup holders, and lots of glossy black surfaces that will likely be a fingerprint magnet.

To refresh your memory about the exterior images, these have been attached above and show what looks to be either the 850i or the 860i model with xDrive. It’s unclear at this point where the images comes from, but most likely these were taken inside a BMW Group facility as we’re seeing a couple of Minis in the background.

Now that the 8 Series cat is basically out of the bag, all that’s left is to see the resurrected large coupe receive its official world premiere.