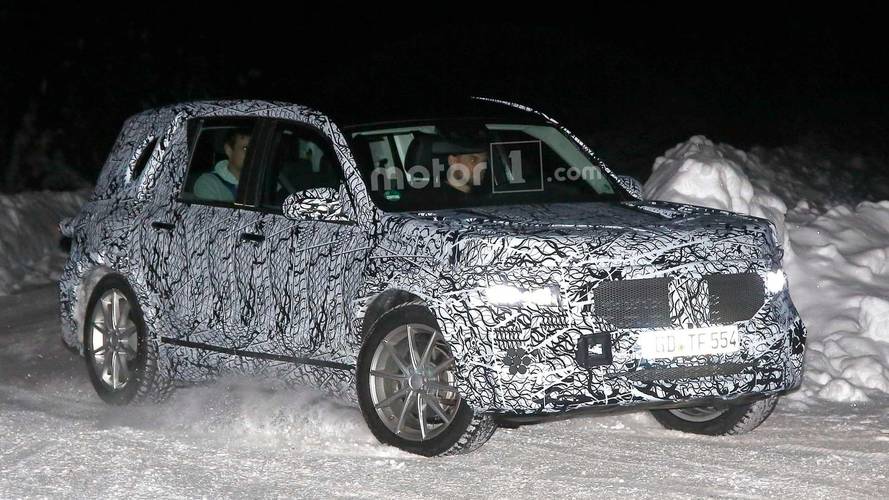 It'll be based on the A-Class and offer optional seating for seven.

Mercedes-Benz is about to unveil a refreshed-but-still-bonkers G-Class SUV, however the bread-and-butter for automakers these days is in the compact crossover segment. That’s where this newly spied GLB-Class comes in, caught cold-weather testing in Scandinavia. It’s based on the next-generation A-Class and will focus on serving families shopping in the compact SUV market.

At a quick glance, there is some similarity in shape to what we’ve seen on GLA-Class prototypes though the GLB is noticeably larger and seems to embrace a more boxy, edgy design. The rear is clearly taller than the GLA mules we’ve seen, but we suspect some of the sharp corners are part of the crossover’s camouflage disguise. Whether or not that holds true up front isn't clear, as this early test vehicle sports an extremely bulky hood that seems to clash with the curve of the front fenders. Of course, there’s always the possibility that Mercedes-Benz could be crafting this people mover with a little bit of G-Class bulk.

There also appears to be enough room at the rear for a third row of seats, something our spies say will be available in the new GLB. Additionally, this crossover is expected to turn all four wheels as standard equipment, with power coming from a range of four cylinder gasoline and diesel engines. Driver and passengers will almost certainly be privy to tech and luxury features common to Mercedes, though with a price point thought to be in the range of €30,000  (approximately $36,000), just how opulent this people mover will be remains to be seen. Additionally, being family oriented it’s unknown if an AMG variant will ever see the light of day. Then again, that certainly hasn’t stopped the automaker in the past.

At this point a release date isn’t known, however it’s believed that Mercedes will bring the GLB-Class to market sometime this year.