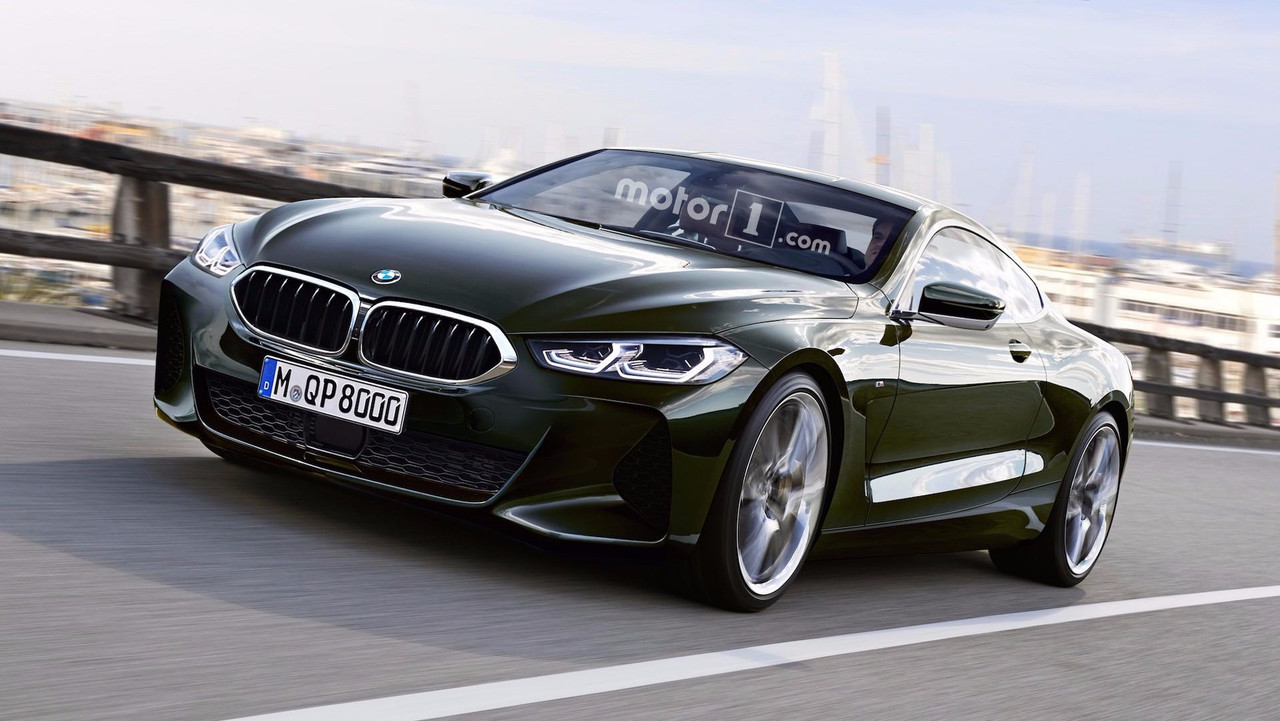 Check out its front and rear.

The revival of the BMW 8 Series is among the most anticipated vehicles arriving in 2018, and a pair of new photos might provide the first look at the coupe in its full production guise. The Czech site Magazín ProDriver CZ posted the pictured on Facebook (below) and claimed that this car was at the factory.

The photos are low res, which can sometimes hide editing, but the car looks legit. The wraparound headlights look similar to what's on the 8 Series Concept, and their general shape fits with recent spy shots (below). Similarly, the grille is exactly what we would expect from the vehicle, too. The model's color, angle of the lighting, and poor quality hides the details of the creases in the hood, but these elements also appear to be a close match with test mules of new 8 Series.

Around back the evidence continues to add up that this is a real example of the production 8 Series. For example, the taillights are practically identical to what's on the GTE-spec racer, and the exhausts look a lot like the parts from test mules in recent spy shots.

In an odd touch, there's a seam that runs along the width of the trunk and connects to the rear glass. This could be an active wing, but generally these aerodynamic elements appear farther back so that it would have a greater effect on the airflow.

Unfortunately, the rear photo's poor resolution also makes identifying this car very difficult. BMW's xDrive logo appears on the left, underneath the taillight, so this model has all-wheel drive. However, the emblem on the right side is more difficult to read, and appears to indicate either 850i or 860i. If the monikers follow the 7 Series, the former would point to the company's 4.4-liter biturbo V8 being under the hood, and the latter would suggest the 6.6-liter biturbo V12. BMW has previously confirmed that engines as large as the V12 can fit into the new 8 Series.