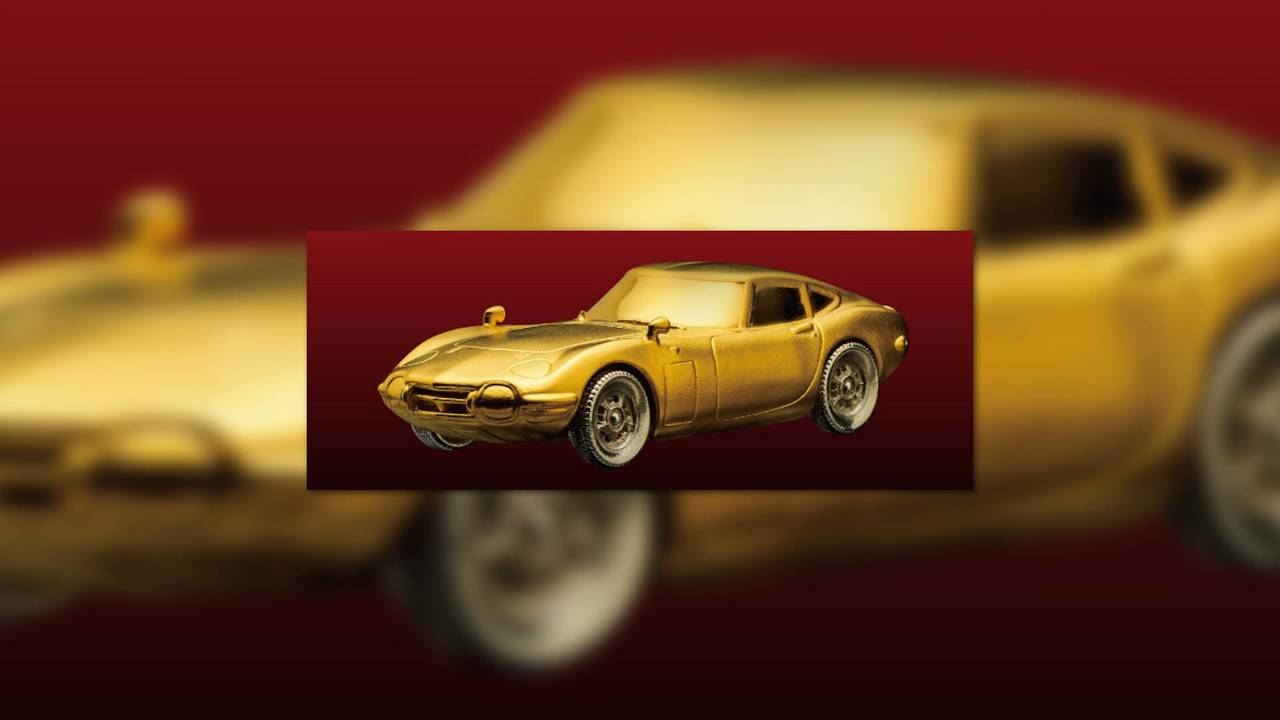 You just won't be able to drive it.

Most of us will never be lucky (or wealthy) enough to own a real Toyota 2000GT – Hagerty estimates that a well-kept example should set you back no less than $700,000. But for less than the price of a new Mitsubishi Mirage ($13,395), you could take home this handsome example. You just won’t be able to actually drive it.

A centerpiece at the 2018 Golden World exhibit at the high-end Matsuzakaya department store in Nagoya, Japan, this unique golden Toyota 2000GT was recently offered up for sale. The body is finished entirely in 24-karat gold, apart from the 925 sterling silver wheels and tires, and it costs a cool ¥1.3 million (approximately $11,500). At that price, it’s not exactly the cheapest scale model you’ll be able to find online, but it is one of the prettiest.

The car was introduced as part of the Japanese new year’s celebrations, and was shown alongside a handful of other golden scale models, including Buddhas, a baseball, and considering that 2018 is the year of the dog, a few shiba inus. Those interested in taking home the 2000GT will have to head to the Matsuzakaya store in person to pick it up – but you can always peruse the department store's website to check it out a bit more before booking your flight to Japan.