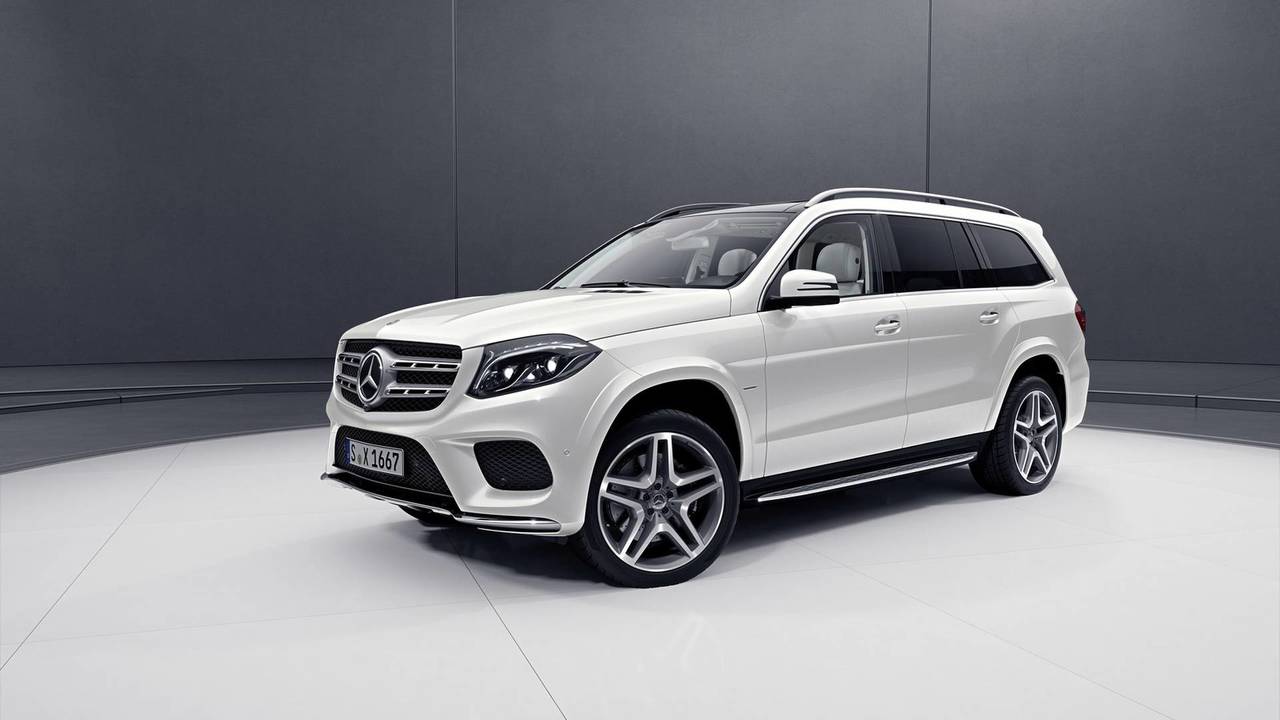 New wheels are also part of the package.

If the Mercedes-Benz GLS-Class somehow isn't luxurious enough for you, the company plans to bring the opulent Grand Edition model to the United States in mid 2018. The automaker launched the lavish package in Europe last year.

On the GLS450 4Matic, the Grand Edition package will also come with 20-inch, 10-spoke wheels with a two-tone finish and Mercedes' LED Intelligent Light System. If buyers tick this option box on the GLS550 4Matic, the SUV wears 21-inch wheels with five sets of double spokes, and the model has Active LED headlights. Both of them have "Grand Edition" badges, too.

The Grand Edition models will premiere in the U.S. at the North American International Auto Show. Motor1.com will have a team there and will look forward to getting a better look at the posh SUVs.

The Grand Edition will add a little life to the GLS-Class before the new generation's arrival, which will likely be in 2019. Spy photos already show the vehicle under development (gallery above). The big SUV moves to Mercedes' MHA platform, which should cause some weight to come off the scales. Under the hood, the GLS might use the automaker's new 3.0-liter inline six, possibly as a hybrid, and top variants would have V8 power. Inside, a modern, fully digital cockpit would be a welcome addition to the big SUV and make it more competitive with rivals.

The Mercedes-Benz GLS combines luxury with impressive levels of comfort, agile dynamics and extensive safety systems. New for 2018, the Grand Edition, featuring luxurious interiors and edition-exclusive components will be available for both the GLS450 4MATIC and GLS550 4MATIC SUVs. The GLS Grand Edition will make its premiere at the North American International Auto Show in Detroit in January 2018, and will be available in U.S. dealers by mid-2018.

The elegant exterior of the Grand Edition on the GLS450 4MATIC features 20-inch 10-spoke two-tone wheels and an advanced LED Intelligent Light System. The GLS550 4MATIC is standard equipped with 21-inch wheels and Active LED headlamps. Both models are finished with the special "Grand Edition" badging.

The GLS Grand Edition models at a glance: