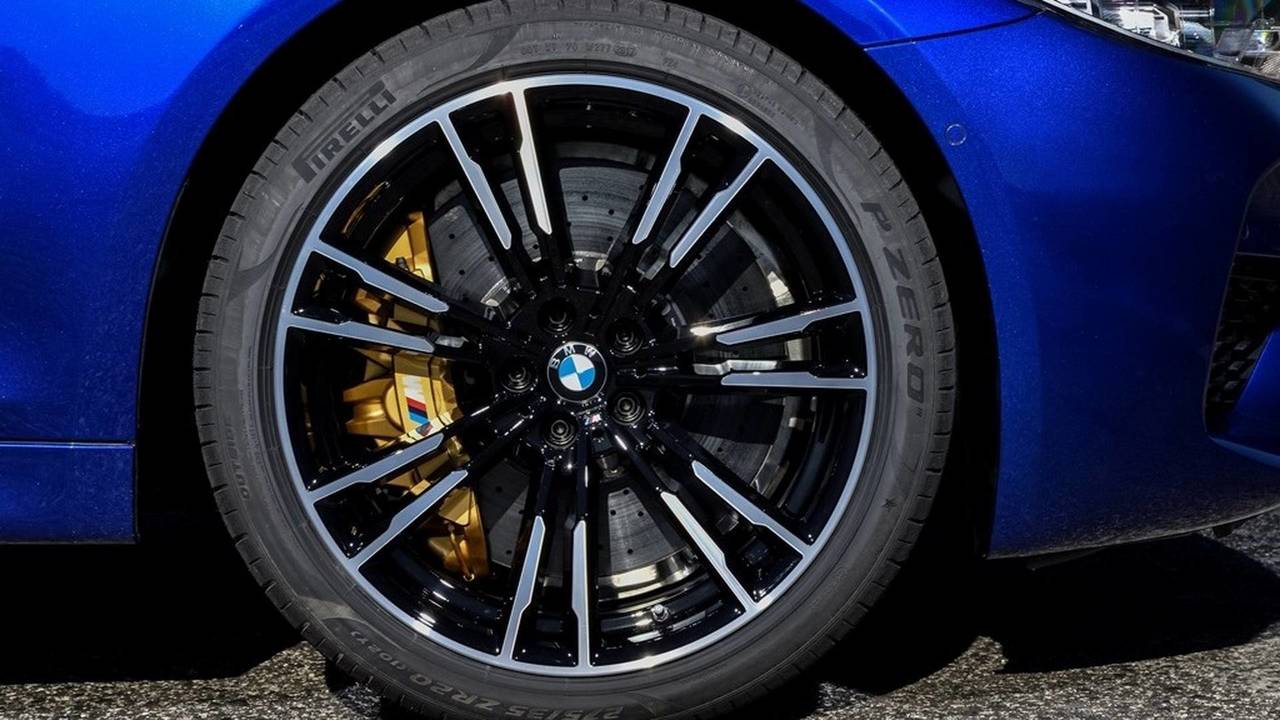 It seems the Italian tire manufacturer Pirelli is making a habit of developing bespoke tires for road cars as more and more automakers are asking Formula 1’s sole tire supplier for tailor-made sets. Speaking of F1, the new P Zero rubber developed for the BMW M5 has a special compound featuring polymers that were originally created for the crown jewel of the motorsport scene.

Whether it’s in xDrive mode or in pure RWD mode, the high-performance midsize sedan promises to deliver a “high level grip and good performance in wet conditions,” according to Pirelli. The company goes on to specify one of the priorities during the development phase was to balance the front and rear axles as much as possible. As such, the solution they found was to implement different layered constructions in the front and rear tire carcasses, while the contours of the P Zero tires have been modified to perfectly match the wheel rim.

The latest and greatest M5 rides on 20-inch alloy wheels at both axles and these are hugged by 275/35 ZR 20 (102Y) XL and 285/35 ZR 20 (105Y) XL tires, respectively. BMW and Pirelli worked hand in hand to develop and test the tires, which are based on the latest version of the P Zero introduced in the spring of 2017. The two companies are saying these have been tweaked to “perfectly harmonize with this model’s chassis and features.”

A recent collaboration between Pirelli and another car manufacturer would have to be the winter tires specifically adapted for McLaren’s Sports Series encompassing the following models: 540C, 570S Coupe, 570S Spider, and the 570GT. Even far less expensive models are getting Pirelli’s bespoke treatment, such as the Hyundai i30 N riding on exclusive P Zero UHP (Ultra High Performance) summer tires and adorned with the “HN” logo on the sidewall.