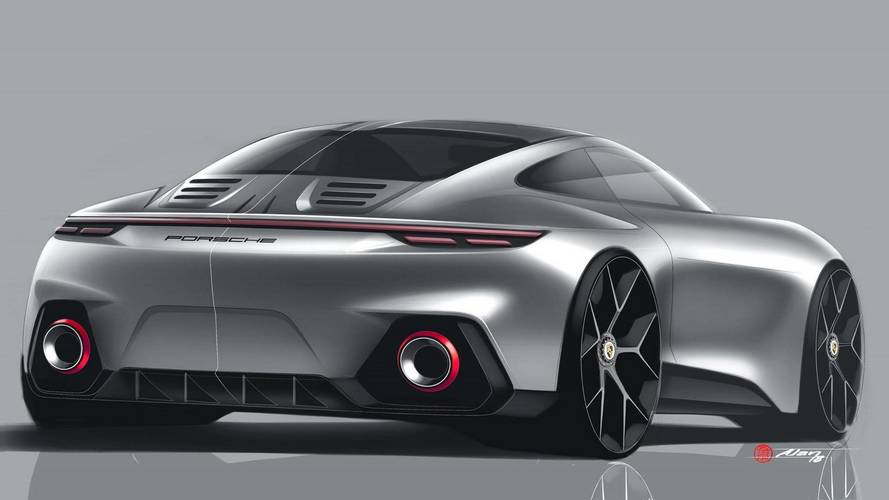 That's quite a backside.

The Porsche 911 is an iconic car with a very iconic shape. In fact, that trademark look could well be the most iconic design in the history of sports cars, possibly even in the entire history of motoring. So when someone decides to have a go at offering up a redesign, such an endeavor is as challenging as it is daring.

Alan Derosier elected to take up that challenge with this, his take on the future evolution of the 911 as seen from the back. We’re hoping he offers up some additional angles from the front, because this single render looks pretty darned good. He’s got the current taillight arrangement dialed in with a futuristic touch, and the overall shape seems to capture the classic 911 look. The body seems a bit too flared out around the doors, and we’d like to see a bit more curve to the front fenders, but that’s why we really want to see this car rendered from the front. Hopefully Derosier will give us a follow-up.

By the way, if that name sounds familiar, it should. We talked about him back in September on another Porsche project, a brilliant successor to the famous 908 LH long tail racer campaigned by the company in 1969. That car – called the 908/04 Concept – was actually developed with a group of people and brought into the real world as a model, and it was brilliant.

You might think, then, that Derosier probably works for Porsche as a designer. Well, he does make a living in the world of auto design, but he actually works for Chinese automaker Chery. The 908 project was just a side gig for him – one that took 5,000 hours and two years of work with his team of Porsche fans to complete. It came out so good, in fact, that Porsche contacted Derosier to praise the effort.

You think maybe he’s looking to switch teams? Bringing this guy to Stuttgart seems like a pretty smart move to us. Check out the 908/04 photos below to see what we mean.