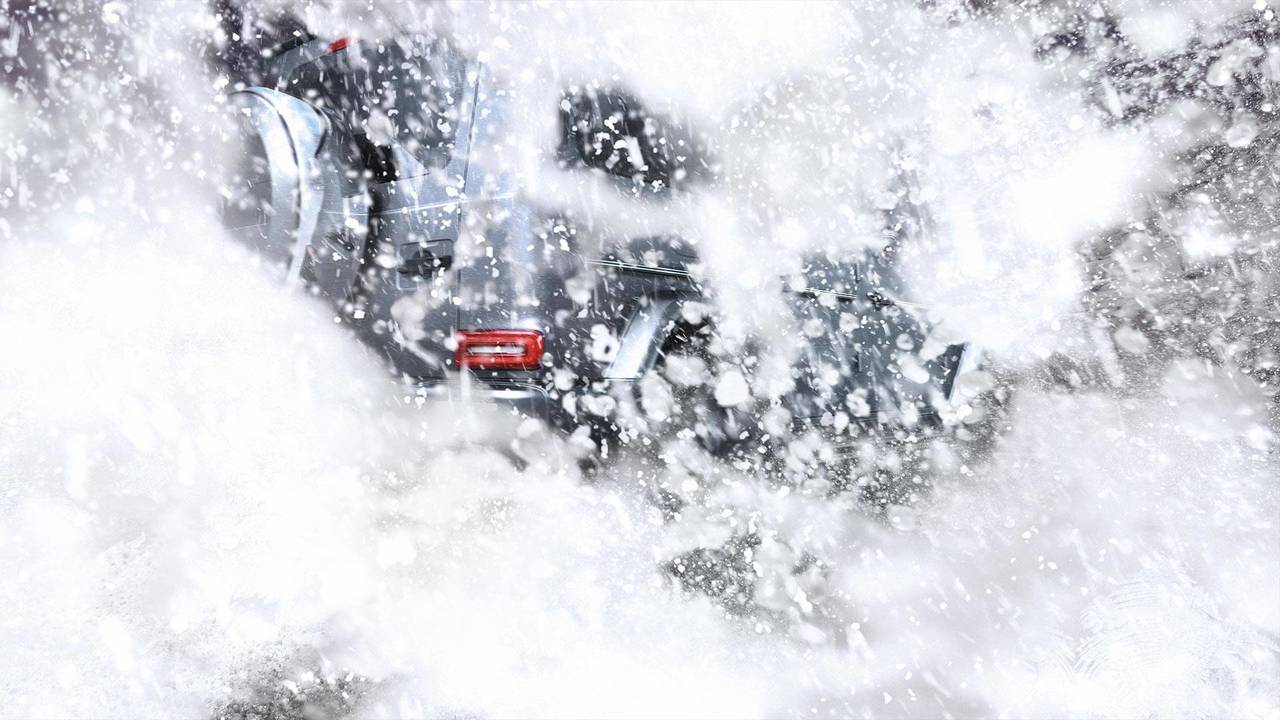 The G-Class' taillights still look too small for such a tall vehicle.

Mercedes-Benz has released an official teaser photo for the next-gen G-Class ahead of the full premiere in Detroit on January 14. The shot gives us look at the rear of the new SUV with snow concealing much of the styling. While this would usually be frustrating, the recent leak of low-res photos means that Mercedes doesn't really have much to tease about the upcoming vehicle.

The new G-Class looks a lot like the old one, but for a model with such a venerable design, this is a smart move for the company. After decades of the boxy SUV being on the road, it would make sense to shake things up now. Revised headlights and larger rear glass are the most notable changes, but only five parts carry over from the previous generation. Tell many people that this is just an extensive refresh, and they would probably believe you – at least until the door opens.

Mercedes overhauls the G-Class' cabin with a new 12.3-inch digital instrument cluster that stretches across the dashboard to the similarly sized infotainment screen. Jet-inspired HVAC vents provide a purposeful look, and the multi-function steering wheel bristles with controls. The materials are a lot better, too. The vehicle's improved packaging allows for a roomier cabin, too, including a 5.9-inch (150-millimeter) boost in rear legroom.

The 2019 G-Class still rides on a ladder-type frame, but there's an AMG-developed independent double wishbone suspension. The powertrain now routes through a nine-speed automatic, too. Engine specifics remain unknown for the moment, but customers can look forward to some new choices. Don't worry about off-road ability because the SUV retains three, driver-controllable differential locks for maximum control when the ground gets slick.