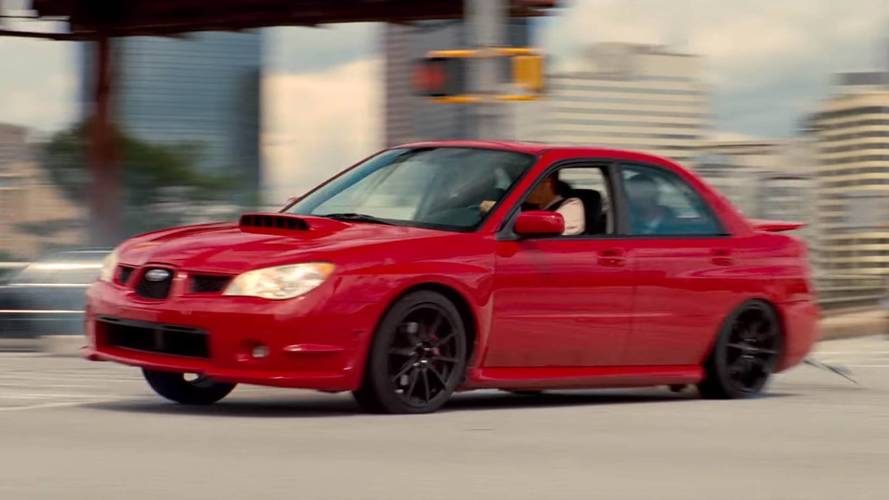 "He’s a good kid and a devil behind the wheel."

Oh, you thought Ansel Elgort, also known as Baby in last year’s blockbuster hit Baby Driver, was finished sliding his red Subaru WRX around once the credits rolled? Think again. Elgort recently took advantage of the East Coast snowstorm to do donuts – and posted a clip of his antics on Twitter for us all to enjoy.

It’s a simple pastime that no doubt plenty of other Subaru WRX owners in cold climes have savored: The slippery conditions of a snowstorm allow for easy, dramatic low-speed spins and slides in the all-wheel-drive performance car. And, hey, while his movie character drove like a maniac on public roads, at least Elgort is keeping his spinny snow antics reserved for what appears to be a big, empty parking lot.

We know that at least one of the Subaru WRX stunt cars from the movie was sold; it went up for auction on eBay last summer and ended up selling for $69,100. But several more red WRXs were used in the film, and Elgort managed to nab one of them for himself – as a birthday gift, no less.

“I just harassed Sony and asked once a week. ‘Please give me one. I know you have like six of them. Let me have one. Let me have one. I’ll pay for it. I’ll this, I’ll that,’” he told Vanity Fair last summer. “And eventually, they finally said fine, you can have one. We wrapped the film last May. I finally got it in March. They gave it to me for my birthday.”

If you, too, find yourself with lots of snow and ice this week, you might be thinking about upgrading your ride to be more winter-ready. While adding winter tires is probably the smartest way to get better traction in snow, don’t forget to also check out our run-down of the most affordable new all-wheel-drive cars on sale today.