Mercedes-AMG GT Refresh Could Take Base Model To 500 HP 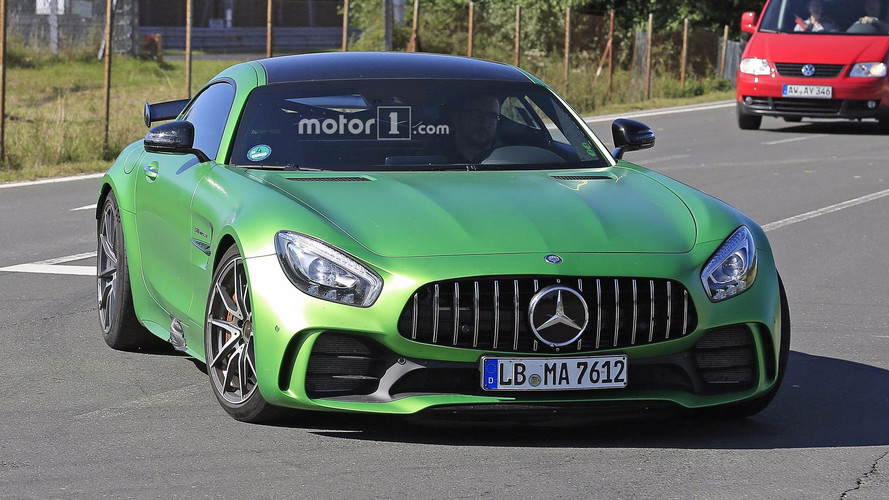 The other variants would also have upgrades to the 4.0-liter biturbo V8.

The Mercedes-AMG GT has a refresh on the way, and the biggest upgrade for the performance car is more power for most variants in the lineup, according to Autocar. Some small styling tweaks will accompany the powertrain improvements. The refreshed GT will be on sale in Europe by December 2018. The debut will come several months before then, though.

Mercedes-AMG's venerable 4.0-liter biturbo V8 will now have an output around 500 horsepower (373 kilowatts) in the base GT, versus 469 hp (350 kW) currently. Similar upgrades will retain the output differentiation with the GT S and GT C trims. According to Autocar, the GT R's dry sump lubrication system somehow prevents AMG from matching its V8's output with the wet-sump variant in the 603-hp (450-kW) E63. An improvement over the current 577 hp (430 kW) is possible, though.

Before the refreshed GT arrives, Mercedes-AMG is teasing an even more hardcore version of the R. It features a more aggressive body kit that takes cues from the GT4 racecar, and there's a new exhaust arrangement. Specs are a mystery for now, but an even firmer suspension is likely among the upgrades, too.

In addition, Mercedes-AMG has its four-door model (above) in the works. The curvaceous sedan features a arching hood, steeply raked windshield, and flowing roof. Inside, there's a high-tech cabin with a pair of digital displays for the instruments and infotainment. Power reportedly comes from the division's 4.0-liter biturbo V8, but later a range-topping variant might use a hybrid version of this powerplant with around 805 horsepower (600 kilowatts) on tap. The premiere will possibly come very soon at the North American International Auto Show in Detroit.