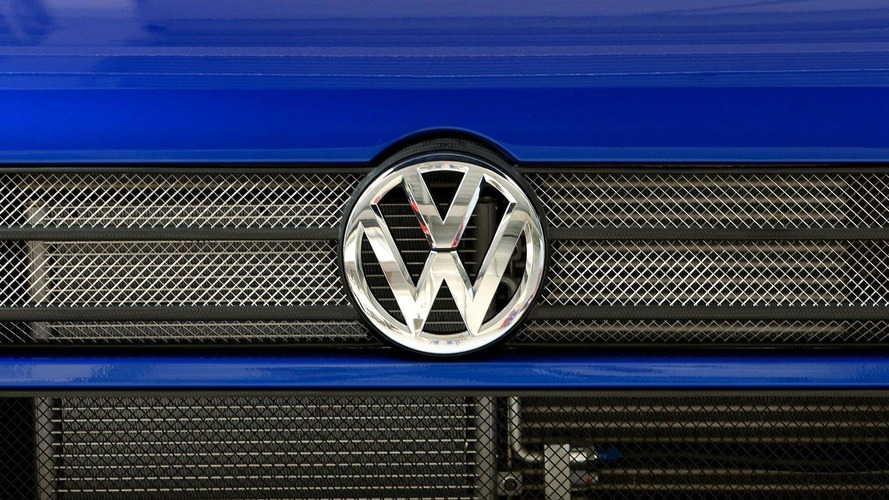 Get the first official details on the VW Race Touareg 3 right here, and find out where it will get its race debut.

VW has sent out a teaser image of the Volkswagen Race Touareg 3, being prepped for January's 2011 Dakar Rally.  The image shows just the middle section of the truck's front end, but it is very similar to spy photos (pictured here) we previously published.

Although the bursh guard bars around the grille are not seen in the image, we do see the same style of mesh featured on the test vehicle.  More striking is the identical look and placement of the blue valves, black hoses, steel tubing, and radiator elements.  The exterior color of the vehicle in the teaser is also the same as that of the prototype.

Volkswagen will be looking to win their third Dakar in a row, following Carlos Sainz & Lucas Cruz' 2010 victory, and Giniel de Villiers & Dirk von Zitzewitz' 2009 win.  The company plans to radically improve the aerodyamics of the current race-ready Touareg, while keeping the inspiration of the current mass production vehicle.

The 300-horsepower (224-kW) TDI engine already in use will remain unchanged.  Also not receiving an update are the suspension and the chassis.

Testing of the new Volkswagen Race Touareg 3 will continue later this month in the Moroccan desert.  Once the hot weather testing is complete, the car will be formally unveiled in August before taking on the St. Petersburg to Sochi Silk Way Rally in Russia one month later.