Ferrari 488 Special Series Coupe Is Coming As Per Official Document 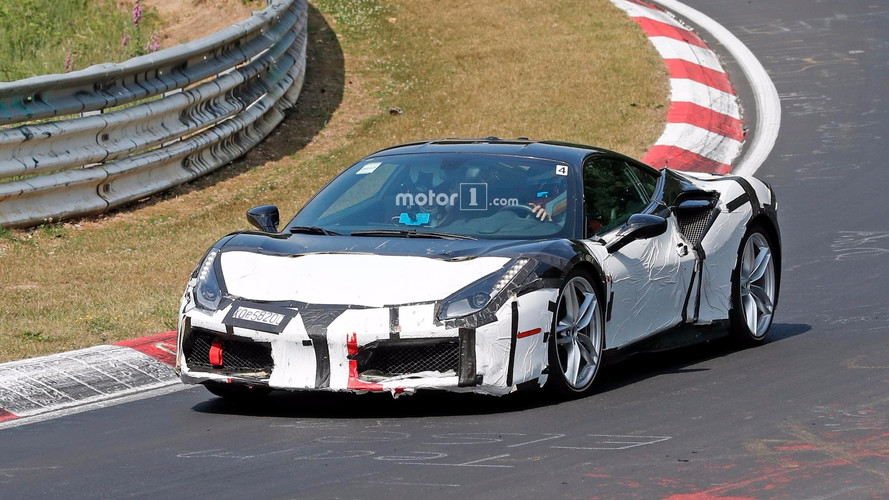 The output would grow to around 700 horsepower.

The California Air Resources Board has confirmed the existence of a more hardcore Ferrari 488 GTB arriving sometime in the coming months. The agency's emissions test of the company's 3.9-liter biturbo V8 lists that the document applies to a variety of existing Ferrari models, plus a "488 Special Series Coupe," according to Autoguide. CARB finalized the paperwork on December 20, 2017, and published it on January 2, 2018.

Special Series Coupe is likely just a placeholder name. Expect Ferrari to give it a more evocative title like Speciale, Scuderia, or Challenge Stradale.

Unfortunately, CARB's certification doesn't provide any details about the engine's power output. However there's no indication of hybrid assistance like in previous rumors about the more powerful 488. Additional boost from the turbos might be enough to boost the powerplant's output without needing to add the extra weight of an electric motor and batteries.

If the hardcore 488 doesn't have a hybrid, then it might be one of the last Ferraris without the tech. In 2016, company boss Sergio Marchionne said all of the firm's models after 2019 would have some sort of powertrain electrification.

Spy shots have caught Ferrari developing a hardcore 488 variant since August 2016, so the company has had plenty of time to prepare the more powerful vehicle. Compared to the existing model, the meaner version has a larger intake in the front fascia. Previous stories suggest the output could grow to around 700 horsepower (521 kilowatts) versus 660 hp (492 kW) in standard trim. Ferrari would also boost performance by cutting weight from the coupe.

The 2018 model year certification in the United States means that Ferrari needs to have the model on sale before June, which suggests a debut in the near future. Ferrari often has a big debut at the Geneva Motor Show in March, so we might see the hardcore 488 there.