The C400d EQ Power is expected to do 31 miles on electric juice.

You have probably seen your fair share of spy content surrounding the Mercedes C-Class and today we are able to bring some interesting technical specifications courtesy of Autocar. First and foremost, the reveal will take place in March at the Geneva Motor Show where the sedan and wagon will be introduced to the public. If you’re more interested in seeing the coupe and cabrio, these two-door models will take a bow in April at the New York Auto Show.

It is believed the C350e will be retired to make way for a new C400 EQ Power plug-in hybrid with an upgraded electric motor delivering an additional 41 horsepower along with a reworked charging system providing quicker charging capabilities. What’s truly interesting is that the gasoline model will be joined by a diesel-electric hybrid, dubbed “C400d EQ Power” and set to offer just about the same zero-emissions range as its gasoline counterpart: up to 31 miles (50 kilometers).

Elsewhere, some significant updates are in tow for the conventionally powered C-Class models. Newly developed turbocharged 2.0-liter gasoline and diesel engines are in the offing and these are set to provide more performance and efficiency. On the gasoline side, the M 264 pumps out 188 horsepower in the C200 EQ Boost, or 7 hp more when compared to the M 274 unit. The reason why it’s getting the “EQ Boost” branding has to do with the implementation of a mild hybrid setup with a 48-volt electric architecture, belt-driven alternator, and a temporary 17 hp power boost.

The M 264 will also power the C300, but without the hybrid assist. Instead, Mercedes’ engineers will increase the turbo boost pressure to squeeze an extra 13 hp over the existing C300, so expect somewhere in the region of 255 hp. 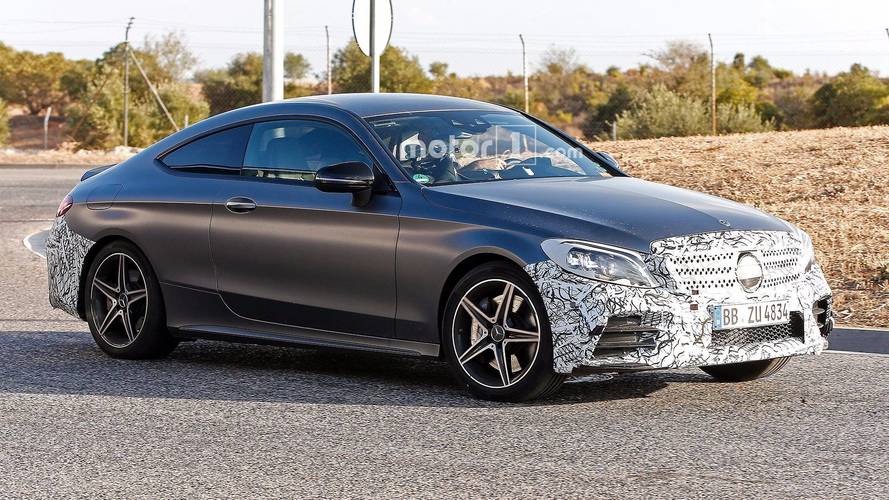 As for the sporty C43 shown above as a coupe prototype undergoing testing, it will soldier on with the turbocharged 3.0-liter V6 mill, but a minor power hike is being planned over the existing 362 hp. The range-topping C63 with its 4.0-liter V8 will boast new twin-scroll turbochargers.

Depending on engine selection, the C-Class facelift will come with either a six-speed manual gearbox or a nine-speed automatic (with torque converter) replacing the outgoing seven-speed unit. Needless to say, some of the models are going to be offered with all-wheel drive and it is believed the aforementioned C200 EQ Boost will be available with 4Matic.

In terms of design, the exterior will go through discreet changes bringing slightly reworked bumpers and modified graphics for the LED taillights. The top-of-the-range headlights will be blessed with Multibeam tech inherited from the E-Class and S-Class. 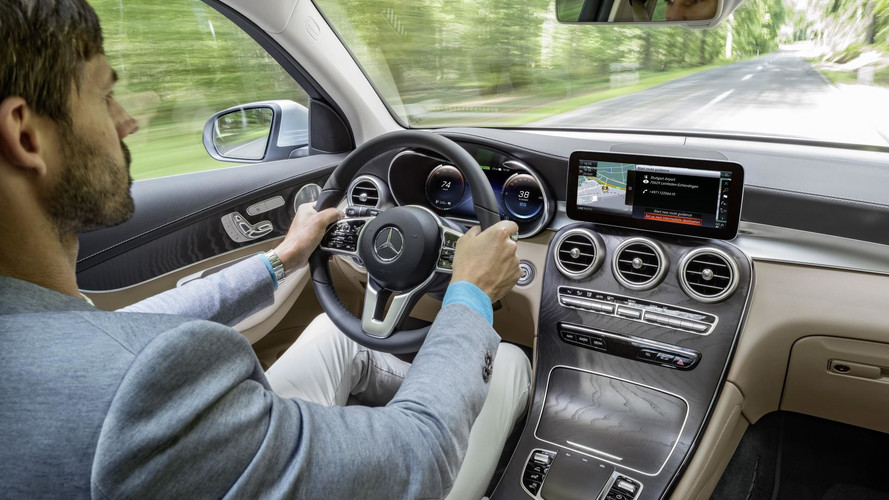 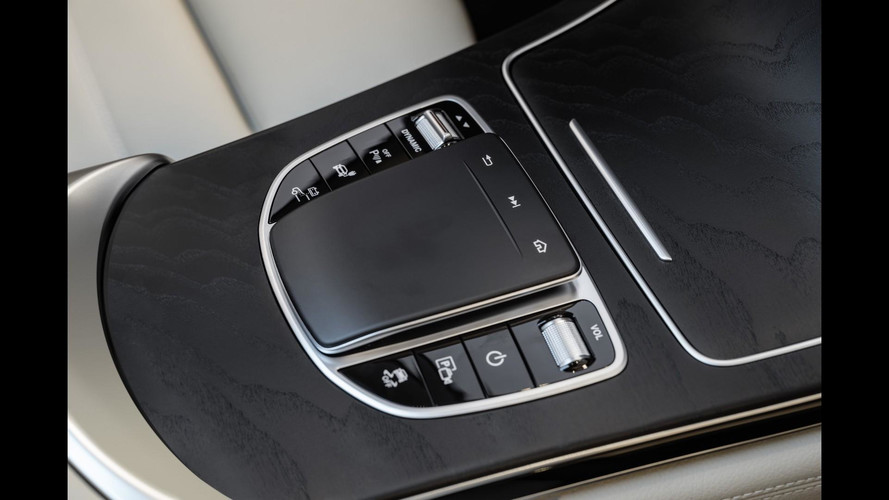 Inside, the Comand infotainment system will be brought up to date and will feature a 10.25-inch central display as seen in the GLC F-Cell pictured above. A fully digital 12.3-inch instrument cluster is on the agenda, as is a new multifunction touchpad with handwriting recognition.

With the C-Class debuting at the beginning of March, perhaps Mercedes will release the first images as early as February.

Attached below is a new spy video, which at one point is showing a prototype of a hybrid model.

(it's a new spy video with a plug-in hybrid prototype) :