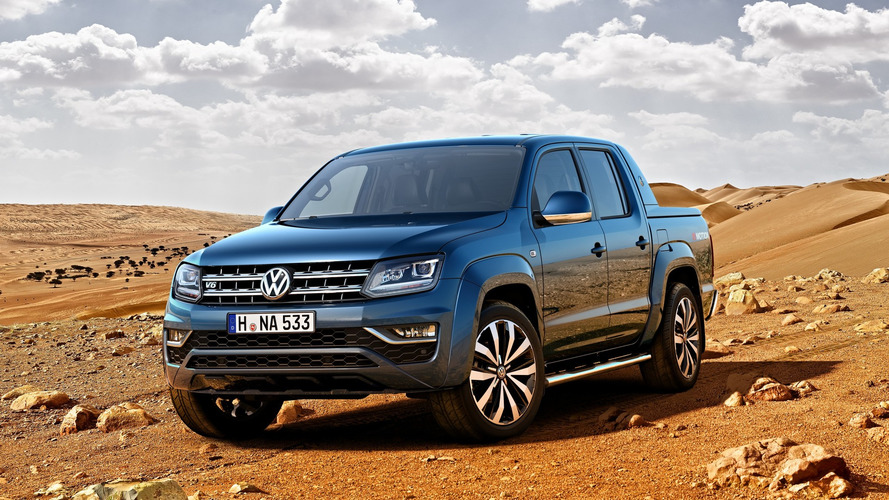 The success of the midsize SUV could spawn a VW-branded vehicle in the U.S.

Small trucks are all the rage. The success of offerings like the Chevrolet Colorado, the Toyota Tacoma, and the Honda Ridgeline in the U.S. will eventually give way to competition from Ford in the form of the Ranger, and now potentially even Volkswagen in the form of the European Amaorak. The German marque has trademarked the moniker in the U.S.

See what the Amarok V6 is capable of:

The trademark, filed on November 22, 2017, with the United States Patent and Trademark Office (USPTO) was discovered by the publication Motrolix, and bears the serial number 87694480. The term may and could be used in the following categories: automotive; engines for land vehicles, scale model vehicles, retail and wholesale store series for motor vehicles and their parts and fittings, and reconstruction, repair, dismantling, and maintenance of vehicles.

The new filing suggests that VW might be readying the European pickup for sale in the U.S. – but isn’t the first time that rumors have suggested the European Amarok could make its way stateside. Back in August, it was reported that VW could team up with FCA in development of a new utility vehicle and pickup truck for the U.S. market. Both the Caddy panel van and the Amarok pickup were suggested for the collaboration.

Of course, the German has twice previously registered the Amarok name in the U.S., a tactic that many companies use in order to retain intellectual property, even if they have no intention of actually using it on a production vehicle. But given the success of the midsize pickup in the U.S., and VW's plan to shake up its current range of offerings, it wouldn’t be all that shocking to see a VW-branded pickup on sale in the U.S. in coming years.

For now, American buyers will have to enjoy the Amarok from afar. VW recently released a high-powered  Aventura Exclusive concept, complete with 258 horsepower (192 kilowatts), a striking Turmeric Yellow Metallic finish, and new 19-inch wheels, among other features. The beefy concept truck could make its way to production in Europe, and if the U.S. did decide to adopt the Amarok as its own, it would make an interesting high-performance rival to the Colorado ZR2 and upcoming Ranger Raptor.