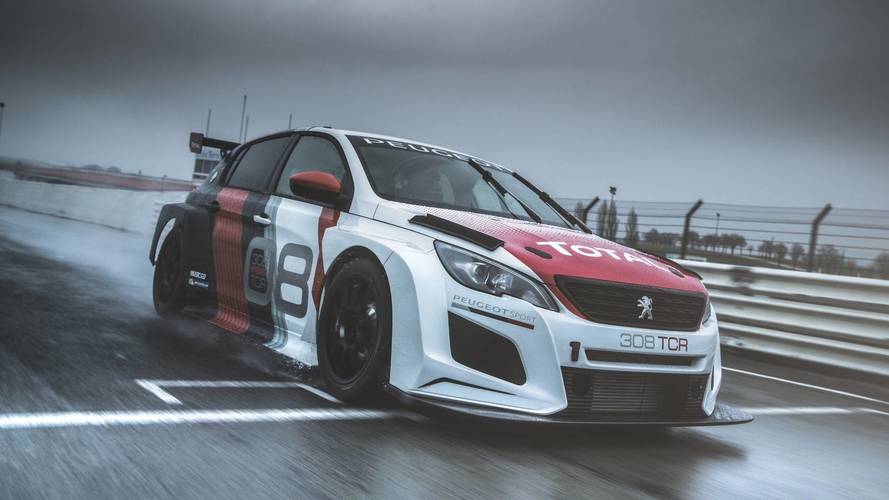 It carries a six-figure starting price.

Launched in 2016, the Peugeot 308 Racing Cup is now ready to blossom to become the new 308 TCR for the forthcoming 2018 TCR season. Like the race car before it – which will remain active – the new version is based on the road-going 308 GTi, but brings a vast array of improvements on all fronts. Peugeot Sport says its latest track toy embodies a different philosophy compared to its predecessor and comes with wider tracks along with a specially optimized suspension.

At the heart of the new 308 TCR is the familiar turbocharged 1.6-liter gasoline engine, now generating 350 horsepower (256 kilowatts) at 6,000 rpm and 310 pound-feet (420 Newton-meters) of torque from 3,000 rpm. Output is channeled to the front axle with help from a six-speed sequential gearbox, while stopping those 18-inch wheels is done by ventilated discs with six-piston front and two-piston rear calipers made from aluminum.

The exterior design has gone through quite a few changes from the 308 Racing Cup to boost aerodynamic efficiency and enhance cooling at the same time. A new diffuser that sticks out at the back has been installed to enhance downforce and a revamped splitter mounted at the front serves the same purpose.

Peugeot Sport has engineered its new race car to be eligible for TCR and international touring car competitions, including the famous VLN in Germany as well as the 24H Series. Orders are already being taken for the 308 TCR, which kicks off at €109,000 (about $131,200) before taxes.

It will have to face some stiff competition coming from the likes of the VW Golf GTI, Hyundai i30 N, Honda Civic Type R, Audi RS3 LMS, and the brand new Renault Megane RS. In addition, rumor has it Volvo and Polestar are also working on a TCR-spec race car slated to be ready by the end of this year. 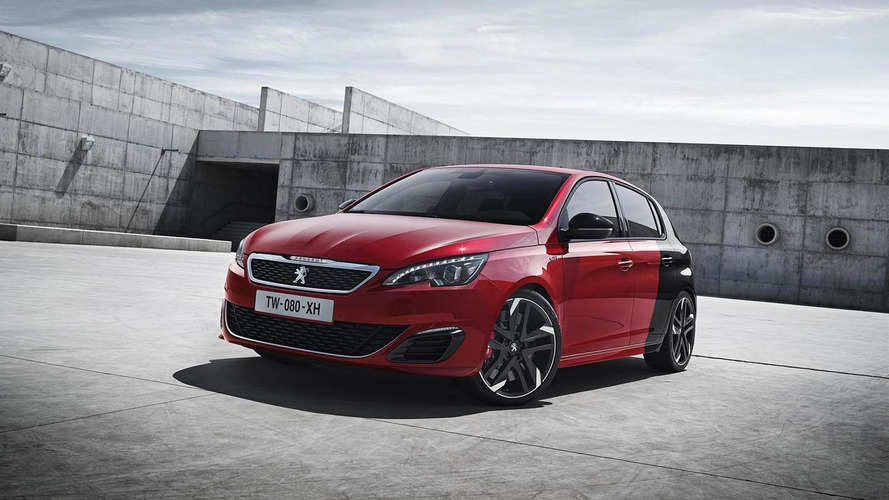 PEUGEOT 308 TCR: ON THE INTERNATIONAL STAGE

The PEUGEOT SPORT range is reinforced in 2018 with the arrival of the new PEUGEOT 308TCR. This car is a significant evolution of the 308 Racing Cup, which itself derives from the PEUGEOT 308 GTi by PEUGEOT SPORT. The new car is destined for the exciting TCR category, which is now crowned by the newly-launched WTCR series.

“The PEUGEOT 308 RACING CUP was already eligible for the TCR, but the rapid development of championships based on TCR regulations inspired us to go further in looking for performance to accompany the ambitions of our customers, all the way up to the very top level – which from 2018 will be represented by the FIA World Touring Car Cup (WTCR). So, the arrival of the new PEUGEOT 308TCR comes at just the right time, illustrating the deep engagement that PEUGEOT SPORT enjoys with its customers. In order to meet their justified demands, we’ve used our experience and expertise to come up with a car that is competitive, reliable and always increasingly enjoyable to drive.”

“The arrival of the PEUGEOT 308TCR answers a strong demand from within several closely-fought national and international racing series. Our ambition is to step up to the next level when it comes to competitiveness; not just from a sporting point of view but also from an economic one. Running costs were a key factor as we developed the car, without compromising performance or reliability. Some safe technical choices and a reasonable purchase price of 109000€ (before taxes) have allowed us to provide a very competitive cost per kilometre of 4.5€, not including consumables.”

The PEUGEOT 308TCR is born out of the PEUGEOT 308 Racing Cup, the showcase circuit racing model when it comes to customer competition at PEUGEOT SPORT since 2016. However, the two cars are distinct with different philosophies; the PEUGEOT 308TCR deliberately targeting absolute performance.

The THP engine benefits from a robust base that has already demonstrated its capability to withstand significant amounts of power per litre. Plenty of work has been done on the induction, the exhaust, and turbocharging – allowing the turbocharged 4-cylinder block to develop 350 horsepower and 420 Nm of torque from 3000rpm, while maintaining the potential to cover 5000 kilometres: nearly double the amount needed for an entire WTCR season!

In terms of transmission, the PEUGEOT 308TCR benefits from a specifically-designed gearbox (which is strengthened compared to the PEUGEOT 308 Racing Cup): a 6-speed sequential unit controlled by steering wheel-mounted paddles.

Thanks to a significant widening of the track and a specific suspension layout, as well as adjustable anti-roll bars at the front and back, not to mention ball joint suspension all-round, the PEUGEOT 308TCR benefits from a strong turn-in to corners and a perfectly compliant rear end.

The numerous set-up options available for the car (ride height, track, and camber – both front and rear) allows the chassis set-up to be adjusted for all circuits, to suit every driver.

A new pedal box – completely designed with racing in mind! – finishes everything off, giving the driver all the tools needed to master the car perfectly.
A 100% TCR LOOK

The bodywork of the new PEUGEOT 308TCR has been jointly created by PEUGEOT SPORT and the designers from the ‘CENTRE DE STYLE PEUGEOT’, achieving optimal aerodynamics within an athletic silhouette, thanks especially to plenty of development work using CFD, and an impressive design.

The front bodywork – which has been particularly carefully designed – allows a perfect flow of air towards the radiator and the intercooler, essential for performance and reliability, while the splitter generates maximum possible downforce to provide directional stability. At the back, the rear bodywork is characterised by a large diffuser, to produce more downforce.

The aesthetics of the car are completed by specific 18-inch wheel rims, equipped with tyres in 27-65/18 size.

COMPETITIVENESS AT ALL LEVELS

The order book for the PEUGEOT 308TCR is now open, with a price fixed at 109 000€ (before taxes). A catalogue of options is also available with immediate effect. All the cars will be delivered fully assembled, with the first customers taking delivery from April 2018. Running costs were a key consideration when developing the car, and will come in at around 4.50€ per kilometre (excluding tax and consumables)

Its technical characteristics mean that the PEUGEOT 308TCR is perfectly suited to take on its strongest rivals and delight all drivers looking for the best performance possible, while running costs will please teams.