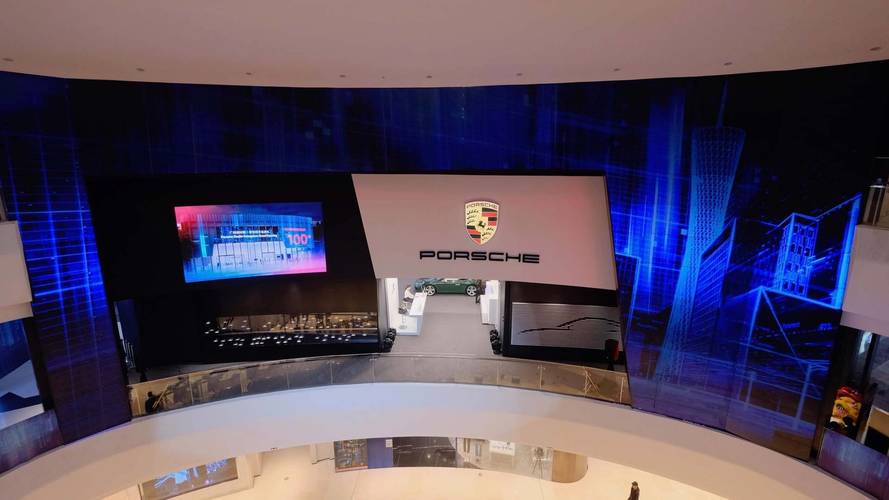 Here’s a fun fact for your next automotive trivia night. Porsche doesn’t just have dealerships. It also has “studios” where people can see Porsche vehicles, configure new cars electronically, learn all about the Porsche experience, and if the mood is just right, buy a car on the spot. The automaker recently opened such a place in Guangzhou, China, encompassing 1,700 square feet in a shopping mall where people can do all of the above because let’s face it – once you spring for that hilariously offensive T-shirt at Spencers, you need to go look at Porsches.

The new studio marks the 100th sales location for Porsche in the country, which apparently is a hotbed for more than just entry-level SUVs. Indeed, Porsche says China isn’t just a good market, but is in fact the company’s single largest market.

"Our four-door sports cars are especially popular in Asia but demand for our two-seater models is also increasing rapidly,” said Porsche Executive Board Member Detlev von Platen, who handles the company’s sales and marketing strategy. Apparently Chinese buyers have taken a particular interest in the 718 cars, with Cayman and Boxster sales topping 5,100 units in the first three quarters of 2017 alone.

The new studio will of course have a large floor area where cars can be displayed, but the automaker is also looking to interact with people as they go about their everyday lives, hence the shopping mall location. Rather than just selling cars, Porsche intends to use the center to educate people on the brand and the perks of Porsche ownership, while also learning more about the people themselves.

Considering the way China has been exploding into the car market in recent years, offering people such a place to learn about an entire brand instead of getting hit with a sales pitch could well be a smart move. Porsche already has plans to open another center in Shanghai later in 2018.