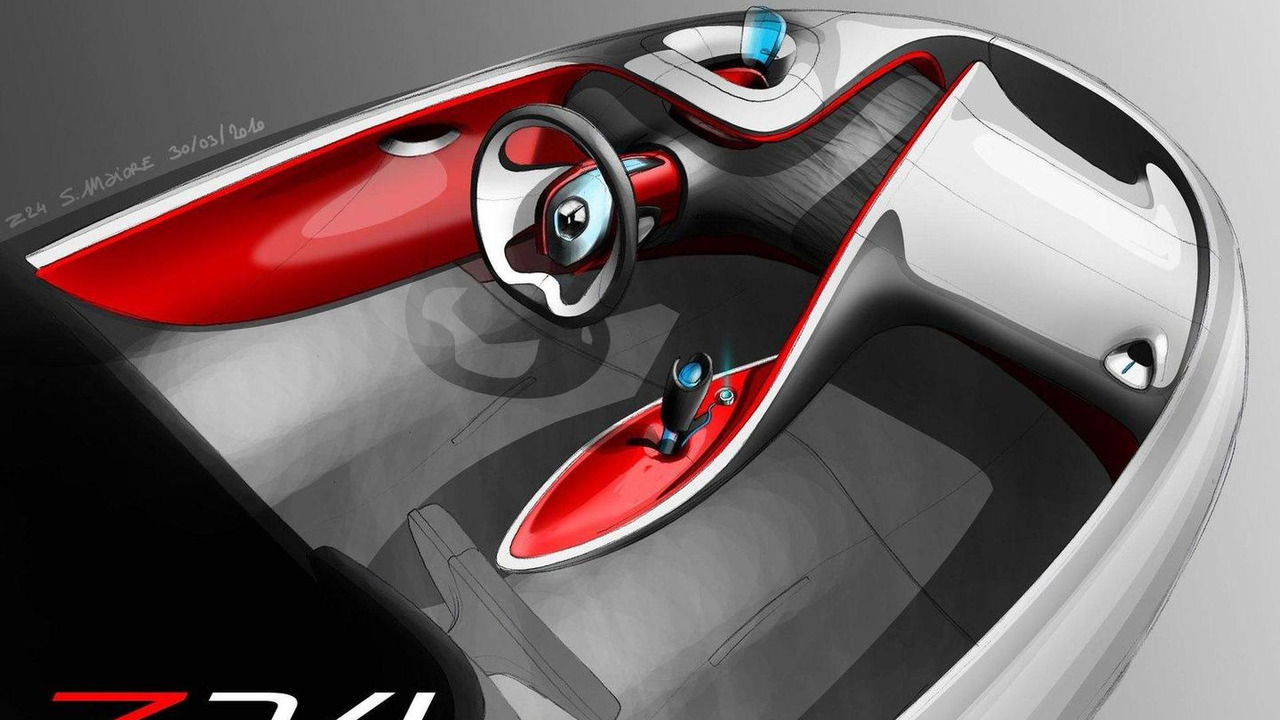 New Renault concept car is a two-seat coupe with gullwing doors and an electric power train.

The DeZir (which sounds like 'desire' as it is pronounced in French) is meant to convey the new design language of the brand, according to Renault. The Z also stands for zero emissions as the concept is a two-seat coupe with gullwing doors which, like many recent concept cars, is an all-electric vehicle.

The DeZir is the first project under the leadership of Laurens van den Acker, Renault's head of design. The new language's key conceptual elements are 'simple', 'sensuous' and 'warm' and meant to evoke "movement, sensuality and emotion," according to the Renault press release.

The car comes with design touches such as large wheel arches (fitted with 21-inch wheels), a full-width front air intake/grille that stretches from the Renault badge in the center of the face to under the headlights, and the large, gaping mouth of the rear end.

As for the cabin, it's very bare and mostly white with space-age design-like curves. "Inside DeZir, you feel like you're floating on a cloud," says Stéphanie Petit, the concept car's color and materials designer.

The DeZir Concept is scheduled to debut at the Paris motor show this fall.