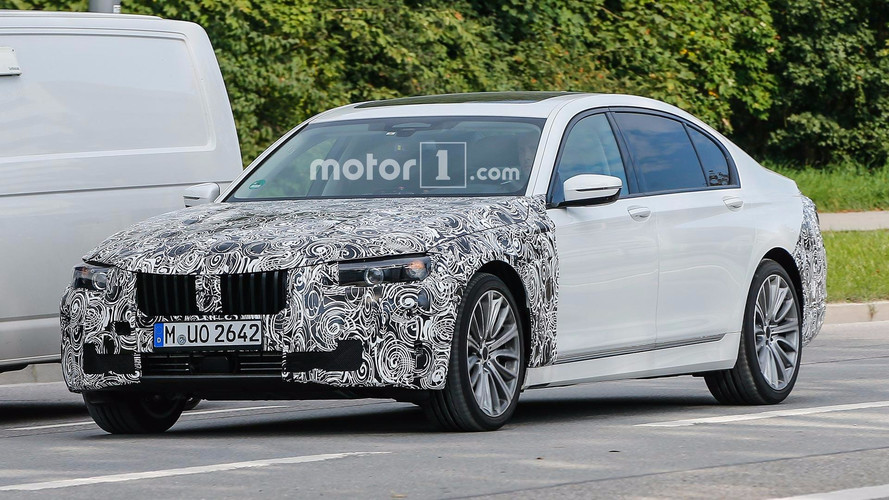 A revised nose and powertrain upgrades are among the upgrades.

The BMW 7 Series will receive a major refresh soon, including powertrain upgrades throughout the range. Assembly of the updated models will begin in March 2019, according to BMW Blog.

BMW tends to reveal its new models well before production actually begins. For example, buyers can't get the X2 until spring 2018, despite an unveiling in October 2017. Therefore, we might see the refreshed 7 Series have a debut this year, even if customers can't get one until 2019.

Spy shots show that the updated 7 Series has revised styling at the front and rear. Tweaks to the grille, front fascia, headlights, taillights, and back bumper should give the big sedan a fresh look without completely overhauling its styling. Photos don't yet show the interior, but expect BMW to update the infotainment system to cutting-edge specs as a way to keep up with the rapid developments from rivals at Mercedes and Audi. A fully digital instrument panel is likely among the improvements, too.

Buyers of the refreshed 7 Series can look forward to a nice boost in power, too. An updated 3.0-liter inline six takes the base 740i to 335 horsepower (250 kilowatts) from 320 hp (239 kW) currently, according to BMW Blog. Revisions to the 4.4-liter V8 take it to 465 hp (347 kW) from 445 hp (332 kW) in the current state of tune. Plus, there's the previously reported tweak to the 740e plug-in hybrid that gives the powertrain a more powerful electric motor for a higher total output of 390 hp (291 kW) instead of 322 hp (240 kW) currently and higher-capacity batteries to improve the electric driving range.