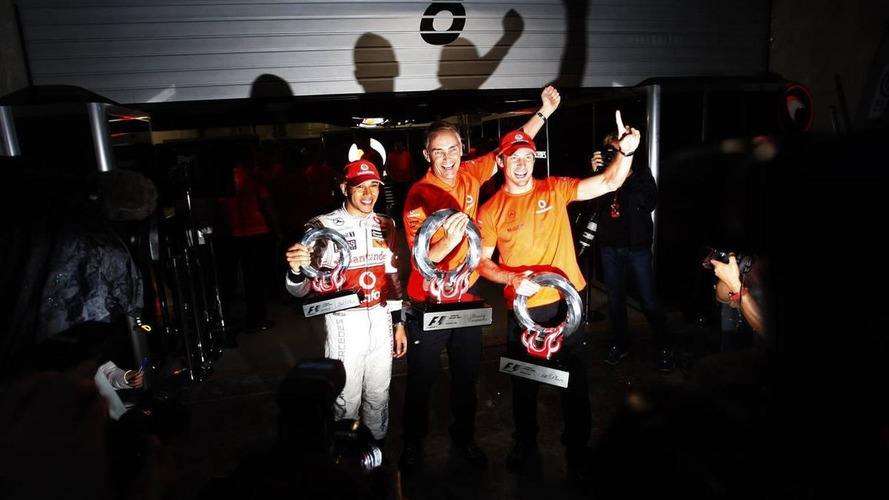 Martin Whitmarsh has backed the FIA's decision to take no action against Fernando Alonso.

Martin Whitmarsh has backed the FIA's decision to take no action against Fernando Alonso.

In the past, during Max Mosley's long reign, the comments would have almost certainly attracted a disrepute charge, but new president Jean Todt let the incident pass with nothing more than a partial retraction by the Spaniard.

And while, in the past, the comments would also have triggered hostilities between long-time rivals McLaren and Ferrari, the British team's boss Whitmarsh said Alonso's outburst "doesn't worry me".

"Alonso was fairly outspoken but actually people want a bit of that," the teams association FOTA's chairman said at a fans' forum in London on Thursday.

"In the past you have not been able to question," Whitmarsh is quoted by the news agency AFP.

"There has to be a limit, some fine lines, but not being able to question a referee's decisions, or umpire's decisions or stewards' decision? Frankly, you have not been able to do that."