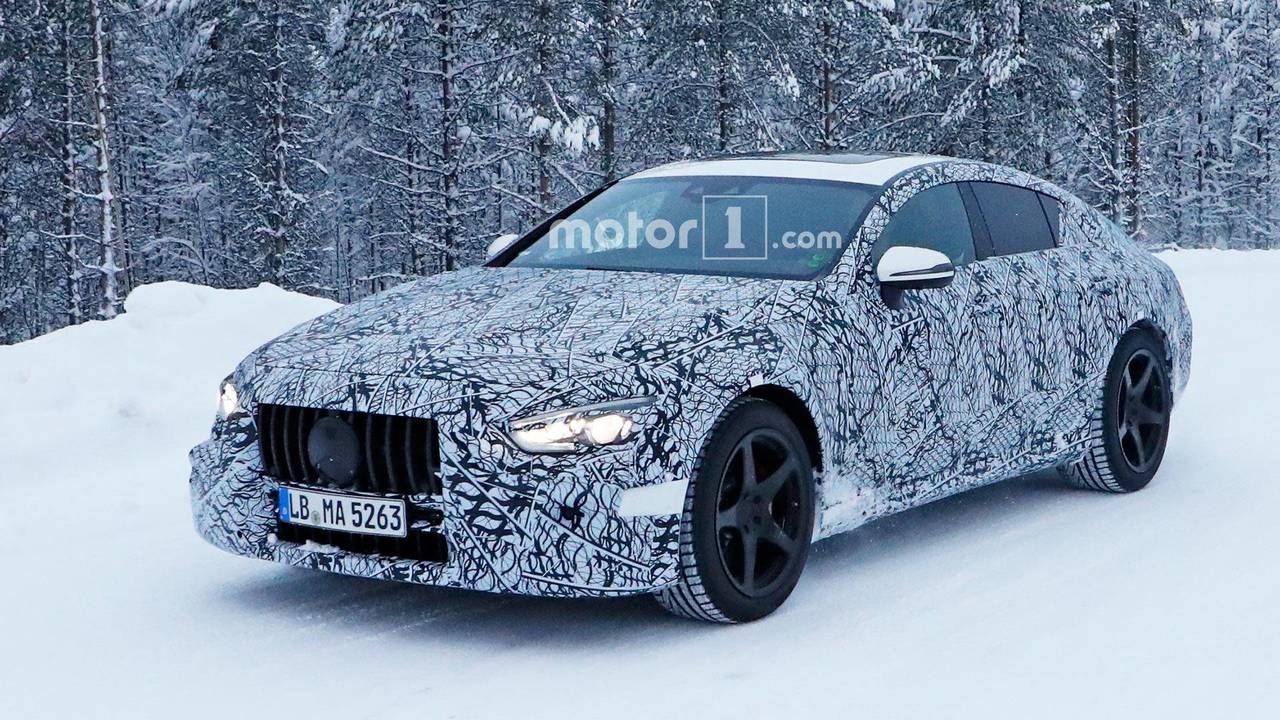 The Porsche Panamera has a new rival on the way.

The Mercedes-AMG GT sedan, possibly called the GT4 when production begins, is just a few weeks away from debuting at the North American International Auto Show in Detroit, and new spy photos show the engineering team continuing to develop the performance four-door in arctic conditions.

If you look closely at the license plates, there are technically two test mules on the snowy roads here, but they appear to be identical. The stylish sedan looks fantastic with its low-slung nose with AMG's Panamericana grille, featuring vertical slats. The steeply raked A-pillar leads to a sleek, flowing roof that connects to a rounded rump.

The GT sedan's exterior doesn't overly advertise the model's performance. Red brake calipers and big, cross-drilled rotors indicate that this machine has no problem slowing down from high speed. At the back, a spoiler can extend from the tail, and there are four, large-diameter exhaust outlets at the rear.

The four-door Mercedes-AMG GT will reportedly share the biturbo 4.0-liter V8 with the coupe, and the output will likely be over 600 hp. Later, there will possibly be a performance hybrid with around 805 horsepower (600 kilowatts) and the ability to reach 60 miles per hour (96 kilometers per hour) in about three seconds.

Mercedes gave us a preview of the sedan by debuting the AMG GT Concept at the Geneva Motor Show in March 2017. The production version will take on models like the Audi RS7 and the top variants of the Porsche Panamera. If a buyer likes this style but doesn't need the performance, then the new CLS-Class has a similar look but lacks the V8 power.