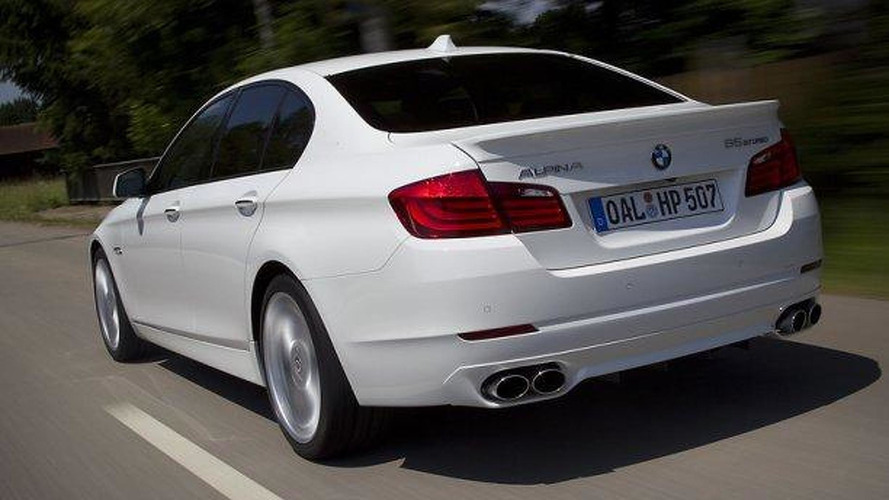 We have early official pictures of the Alpina B5 super sedan. It goes public at the 2010 Goodwood FOS which starts today.

Official pictures of the Alpina B5 have slipped out earlier than anticipated. A first public sighting with pictures was expected at the Goodwood Festival of Speed in the UK. The B5 is based on the new BMW 5 Series (F10) but offers the performance and exclusivity of an M5.