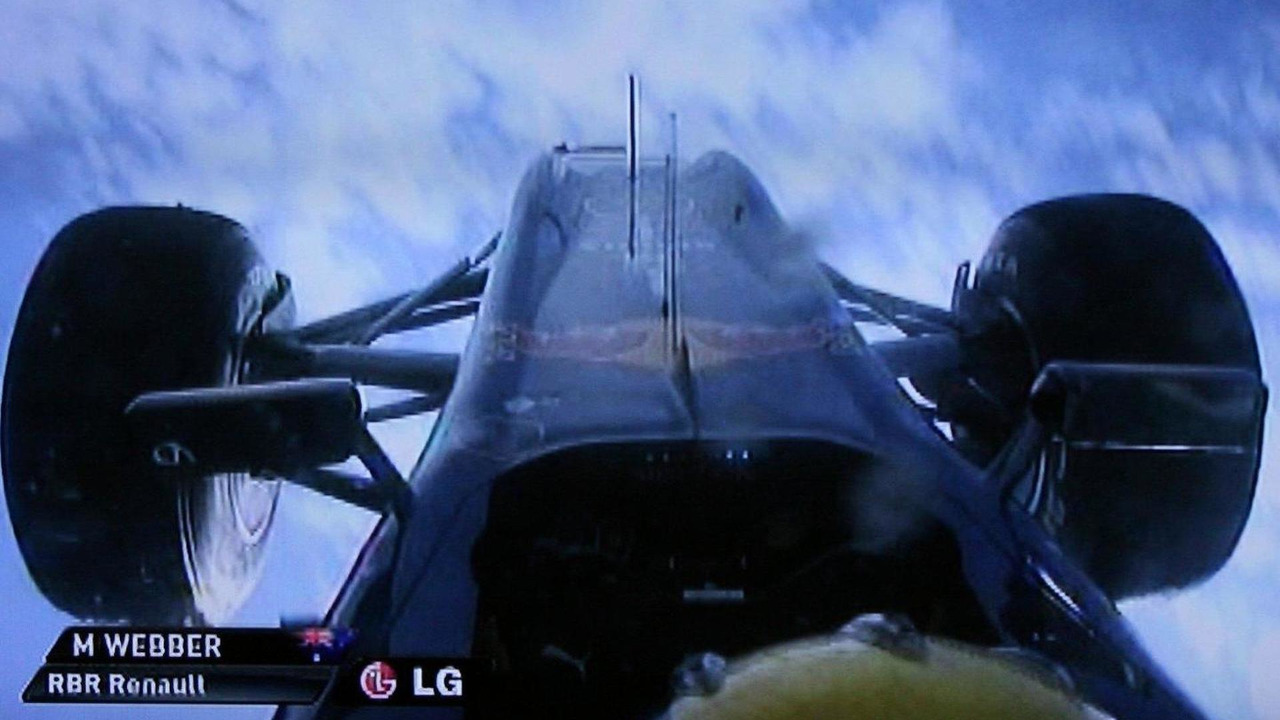 According to a media report, Red Bull's first race with the F-duct concept in Valencia could have contributed to Mark Webber's huge crash.

According to a media report, Red Bull's first race with the F-duct concept in Valencia could have contributed to Mark Webber's huge crash.

In-car footage of the moments before the Australian struck the rear of Heikki Kovalainen's Lotus show him activating the downforce-stalling device.

Unlike McLaren's pioneering system which is triggered by the drivers' knee, the Red Bull F-duct - debuted in qualifying and the race in Valencia - works by Webber and Sebastian Vettel blocking a hole with the four fingers of their left hand.

Immediately before he struck the Lotus, Webber put his left fingers back on the wheel in a failed attempt to dodge Kovalainen.

When hand-activated F-ducts appeared on the Sauber and Ferrari cars last month, Red Bull team boss Christian Horner said "drivers driving with fingertips and no hands ... is a safety issue".

But Italy's Autosprint reports that Red Bull's hand-operated F-duct could have been a factor in Webber's crash last weekend.

Vettel admitted in Valencia that he was not a fan of the hand-operated system.

"It was a very smart idea, it's a big benefit if you manage to set it up right but obviously you don't have your hands on the steering wheel all the time.

"I was managing to drink, I used the right hand side to press a button on the left. It also depends on how many adjustments you make per lap, brake balance and so on.

"You get used to it but it's not the most comfortable thing," said the German.